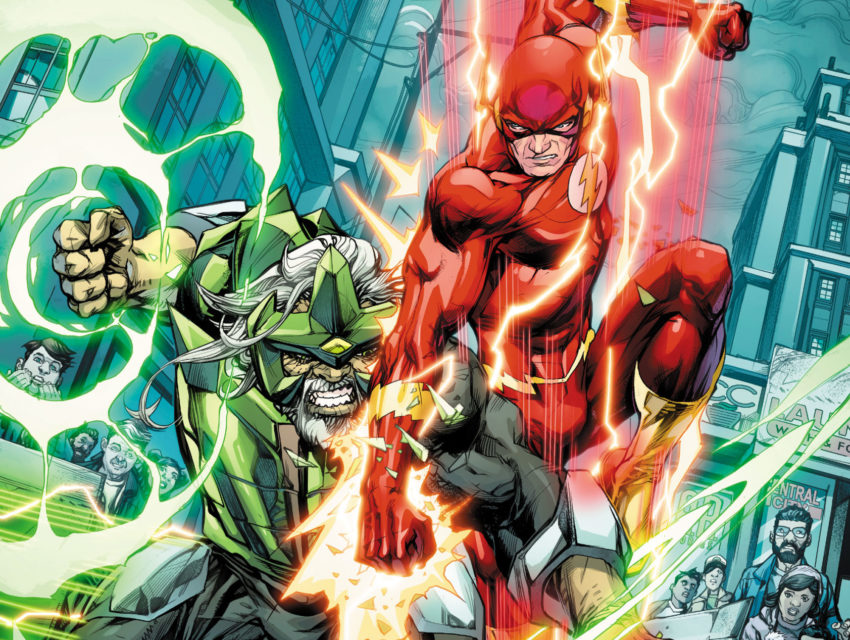 Check out an official first look at Howard Porter’s cover and interiors (colored by Hi-Fi) for The Flash #88 featuring the debut of Paradox! While you’re here, also check out the covers to The Flash #753 (art by Howard Porter) and The Flash #754 (art by Rafa Sandoval and Jordi Tarragona) that made their debut with DC’s April solicits this morning.

Witness The Birth of Paradox!

As a hero, the Flash helps as many people as he possibly can…but Paradox shows what happens when ordinary people pay the price for super-powered battles royale. What started as a happy life of family and science turned into a nightmare when the Turtle’s attack on Central City rained down from the future—and now the story of the civilians caught in the crossfire will change the Flash’s life forever!

“Howard Porter and I created and planted the seeds of Flash’s new deadly and powerful villain way back in The Flash Annual in 2018,” says Joshua Williamson. “Now, Paradox wants revenge on the Flash legacy! Howard killed it in this Paradox origin issue in The Flash #88!”

Art and cover by Howard Porter

Along with DC’s April solicits, it has been revealed that The Flash will return to legacy numbering with The Flash #750. Check out the official covers for The Flash #753 & The Flash#754

THE CHILDREN OF THE ATOM CREATIVE TEAM REVEALED Previous post

REVIEW: SOMALI AND THE FOREST SPIRIT EPISODE 2 - EDIBLE HERBS AND THE ONI'S DWELLING Next post