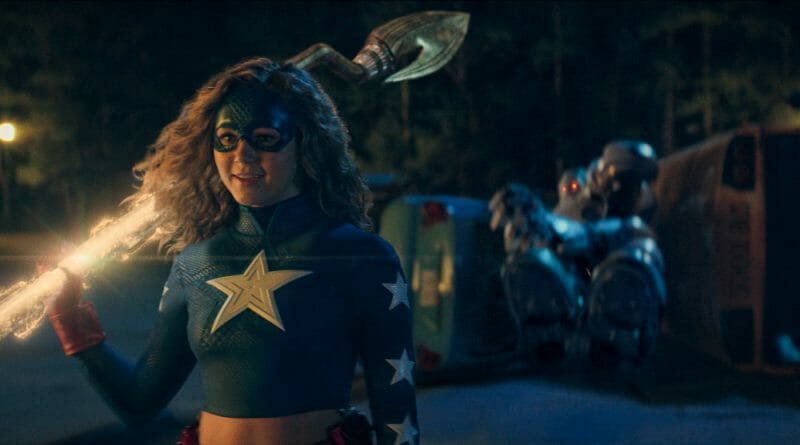 STARGIRL GETS AN OFFICIAL PREMIERE DATE


The DC Universe, now turned CW series Stargirl starring Brec Bassinger has gotten an official premiere date. Stargirl will premiere on Tuesday, May 12, at 9 pm following a fresh new episode of The Flash for that week. Starting Tuesday, May 26, Stargirl will move up from an hour from its 9 pm timeslot to an 8-9 pm broadcast spot. Taking over the broadcast spot of The Flash since the current season will have ended by then.

READ MORE: STARGIRL: SOLOMON GRUNDY CONFIRMED TO BE ONE OF THE SHOW’S BIG BADS

Although, Deadline mentions that just like with every CW series, episodes of Stargirl will go up for streaming on The CW app the next day after the episode airs on national television. We do not know if this will be the case for the DC Universe as well.

The CW has the overall season rights to Stargirl meaning that all of the aired episodes (13 total) will be available for streaming on The CW app. Additionally, once the entire first season of Stargirl concludes, it will be fully available on The CW app. Of course, this is a plus for all of our fellow show bingers out there.

Based on the DC characters created by Geoff Johns, Stargirl follows high school sophomore Courtney Whitmore (Bassinger) as she inspires an unlikely group of young heroes to stop the villains of the past. The new drama reimagines Stargirl and the very first superhero team, the Justice Society of America, in an unpredictable series.