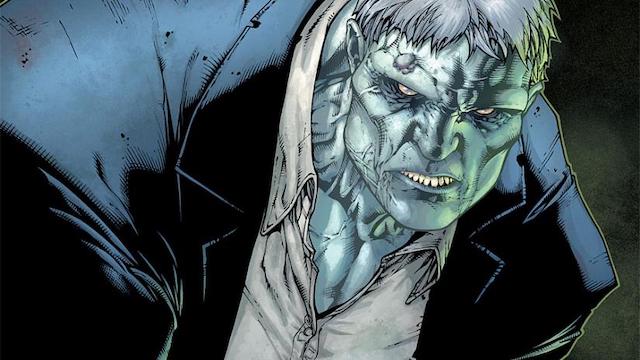 Home Television STARGIRL: SOLOMON GRUNDY CONFIRMED TO BE ONE OF THE SHOW’S BIG BADS
Television

STARGIRL: SOLOMON GRUNDY CONFIRMED TO BE ONE OF THE SHOW’S BIG BADS

“I’m glad there’s a little mystery to it; I don’t think everyone quite knows what the show is going to totally be about yet, beyond Courtney and discovering the legacy of Starman and this team coming together,” Johns said. “That’s fun, knowing we have all these doors to open and cards to turn over and I can’t wait for people to see our Solomon Grundy. Our Solomon Grundy’s ridiculous! The visual effects house that’s done all the work for Stargirl is Zoic Studios and Andrew Orloff is one of the founders of it. The work they put in there, their team blows us away every time we do a visual effects review. Every time they deliver anything, all the different characters and the world that we’re tapping into, it’s phenomenal work. I can’t wait for people to see it, it’s truly a cut above the norm.”

Solomon Grundy will be one of the big bads that Stargirl will be facing off against in the upcoming series. While not much plot details have been revealed about Stargirl, it’s good to finally have official confirmation about a villain that many fans were speculative about since the debut trailer that was aired on The CW during their Crisis On Infinite Earths crossover event.

RUMOR: CROSSBONES COULD MAKE ANOTHER RETURN IN THE MCU Next post