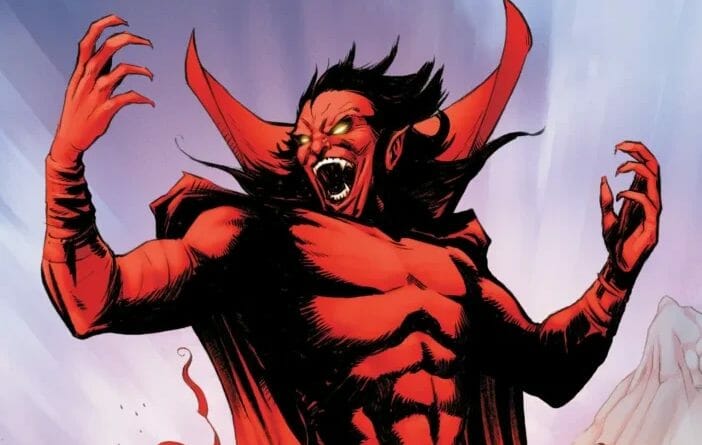 
The rumor mill is getting hotter and hotter as Sacha Baron Cohen’s involvement in Marvel Studios’ ‘IRONHEART’ Disney+ series nears absolute confirmation. If you’ve been living under a rock this past week then you may have missed one of the biggest casting rumors since Harrison Ford’s rumored, now official casting as Thaddeus ‘Thunderbolt’ Ross in ‘Captain America: New World Order’ and ‘Thunderbolts’.

According to a new report from Deadline, Sacha Baron Cohen’s rumored casting and appearance as Mephisto is almost certain as talks around the set of ‘IRONHEART’ have in fact mentioned Cohen’s involvement in the series as the big bad Devil of the Marvel Universe, Mephisto. Despite the online and onset chatter, neither Marvel Studios nor Cohen’s reps have officially confirmed the rumor. If this rumor is ultimately confirmed, Cohen will appear in not just ‘IRONHEART’ but also the ‘WandaVision’ spin-off ‘Agatha: Coven of Chaos’.

Whether or not we’ll see Sacha Baron Cohen as Mephisto in any sort of ‘WandaVision’ flashback remains to be seen. If you all recall Mephisto was heavily teased and foreshadowed throughout ‘WandaVision’, however, the villain never made an actual appearance once the series wrapped up.