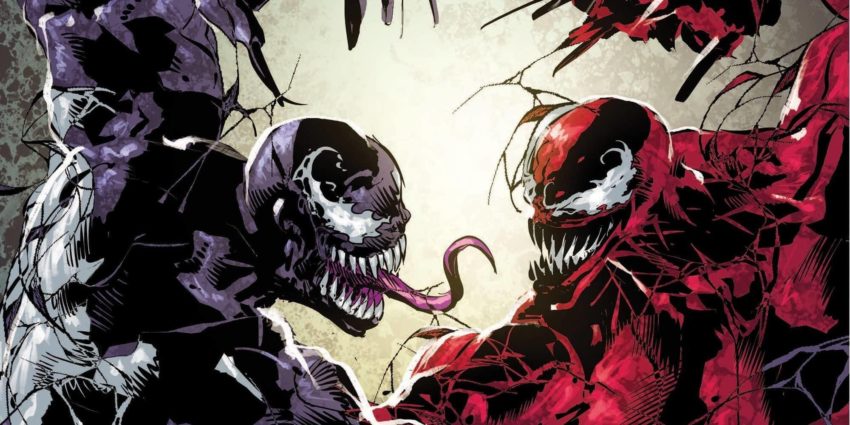 Venom fans have been heavily enjoying the waves of set photos and videos coming from the set of Venom 2. With Andy Serkis behind the director’s chair in Venom’s second outing, the looks we have gotten so far have been a much-needed improvement from what we received in the first Venom film. Especially when it comes to Woody Harrelson’s Cletus Kasady aka Carnage.

One of the biggest gripes with fans after watching Venom was the Cletus Kasady stinger teasing the arrival of Carnage. Just the tease alone should’ve gotten fans excited enough for the live-action debut of Carnage/Cletus Kasady. But Harrelson’s look is what turned many fans away from that stinger entirely. As I mentioned before there’s a set photo floating around the internet with Woody Harrelson doing some Carnage work, in what appears to be an interaction between Carnage and Eddie Brock.

Now thanks to JustJared.com, we have some new set photos giving us a much better looking Cletus Kasady alongside director Andy Serkis, and the stunt team doing what they do best. We have provided just a few images here, but make sure to head on over to JustJared.com for more images.

As seen in the images above compared to what Kasady looked like in Venom (2018), it’s a huge improvement. We shouldn’t be too concerned about how the symbiote itself will look. Venom looked great in this new iteration despite not having his spider insignia as he does in the comics, so the same could be expected for Carnage himself. Especially without Sony having to worry about an insignia, because Carnage doesn’t have one.