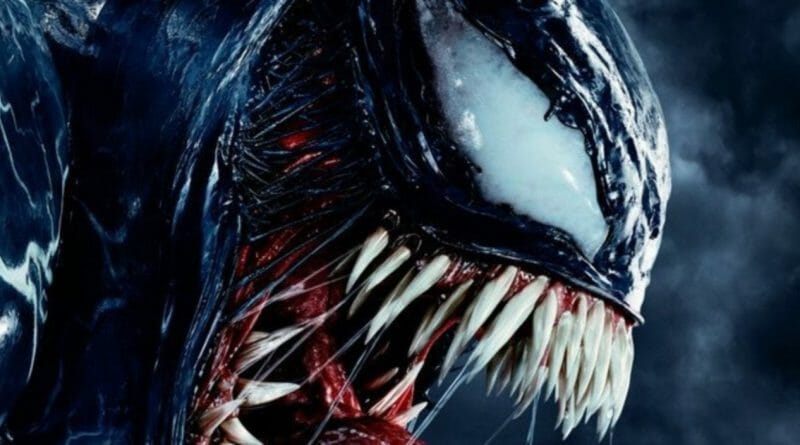 
While Sony’s Venom destroyed the global box office, the film was a critical disaster among film critics. Fans were heavily mixed when it came to Venom. With majority of fans dismissing it entirely to others embracing the change of pace in a world that’s dominated by Marvel Studios and their critically acclaimed box office smashes.

Venom was seeping with heavily rumors and speculation online, including from longtime Sony Pictures producer Amy Pascal that Venom and Tom Holland’s Spider-Man would eventually cross paths. Amy Pascal addressed Venom’s universe as adjacent to the MCU, which caused the massive web of rumors and speculation I mentioned before. While none of that came into fruition. That hasn’t stopped fans of Venom and fans of Tom Holland’s Spider-Man from anxiously wanting a crossover and face-off between the two archenemies.

In an interview with GetFandom, Zombieland and Venom (2018) director Ruben Fleischer revealed that the two archenemies will eventually cross paths and indeed face-off in a crossover film. Stating “that’s where it’s all going to lead”

It’ll be interesting to see how this plays out when Venom’s origin was drastically changed for the sake of giving the character a solo film. Additionally, Tom Holland’s Peter Parker/Spider-Man has yet to meet or have had any interaction with Eddie Brock or the Symbiote that is Venom. Nor have we had any connecting pieces for this potential crossover within the MCU or the Sony Spider-Man Character’s Universe.

Backpedaling back to the interview Fleischer was asked if there was anything he would change about his Venom film:

Fleischer says, “If anything, I would have changed the critics’ reaction to it. I was really bummed that people didn’t like it because it’s a movie and I’m not sure if there was just blowback against Sony or people just worship Marvel. But I was really surprised that the critics [were gunning for it] because audiences really enjoyed the movie. And so many people who’ve seen it just appreciated that it was a fun superhero movie. So I was a little surprised. I don’t know what they were expecting.”

With that in mind, he says, “I was kinda happy to let somebody else take over. And I’m excited to see what he does with it.”

‘He’ is Mowgli director and performance capture king, Andy Serkis, who has said he has “very clear ideas” for the film and who could well ultimately orchestrate an introduction for Spider-Man – Venom’s longtime comic-book adversary – into the franchise.

Fleischer says he’s excited to see how Tom Hardy’s Venom and Tom Holland’s would come together.

“That’s where it’s all going to lead,” he reveals. “And that’s the exciting because we changed the origin of Venom … in the comics, he evolved from Spider-Man but because of the Marvel-Sony we weren’t able to that. And so the thing I think it’s building towards, and will be exciting to see, is when they actually do confront each other.”

Venom 2 has officially been greenlit with Andy Serkis attached as director and filming aiming to start towards the end of November we’ll have to see how this sequel will potentially setup this almost inevitable crossover. Tom Holland and Spider-Man are back in the MCU for two more films, we’ll also have to see how Kevin Feige and Marvel Studios/Disney will be looking to play ball with Sony to fit Tom Hardy’s Venom into the MCU and Tom Holland into Sony’s Spider-Man Universe