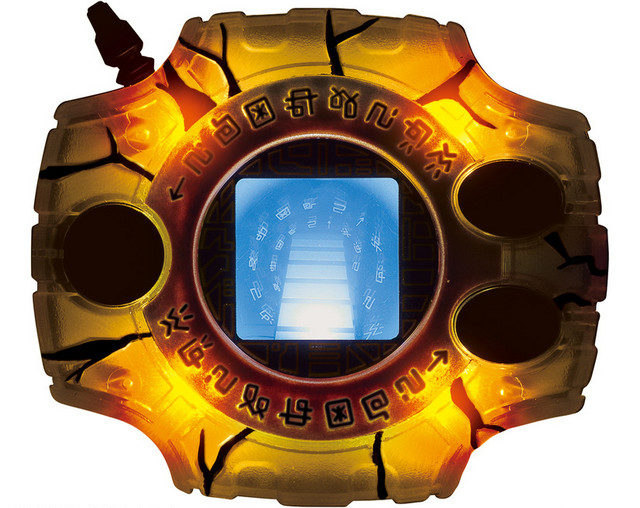 Premium Bandai has announced and is now taking pre-orders on a Digimon Adventure: Last Evolution Kizuna replica Digivice. Unfortunately, Digidestined looking to enter the world of Digimon will be highly disappointed. But the Digivice features an animated screen, lighting effects and recorded sound bites from the film’s lead cast.

Buyers will also get a six-pack of cards for the Digimon Carddass game coming out in April 2020. The Digivice is 8,250 yen (tax included) and will be available for pre-order until March 23. Orders will ship out in June 2020.

Digimon Adventure: Last Evolution Kizuna is now playing in Japan and will have a limited theater release in America via Fathom Events and will release on March 25.