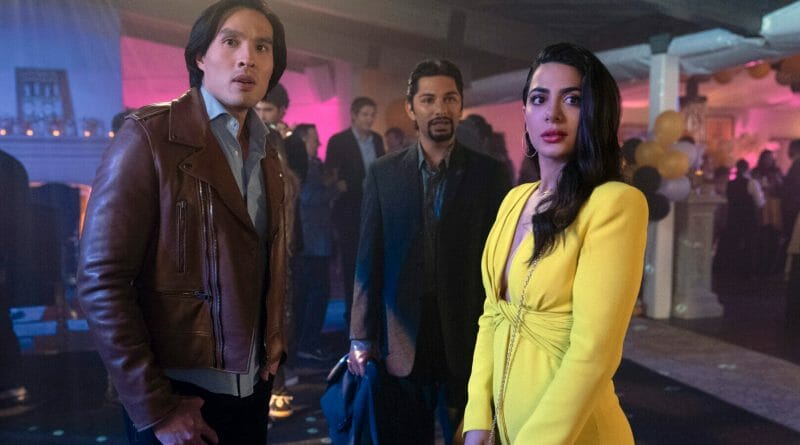 Prime Video Series ‘With Love’ Renewed for a Season 2


The romantic-comedy series, ‘With Love,’ is the first project from Gloria Calderón Kellett under her overall deal with Amazon Studios

Amazon Studios announced it had greenlit a second season of Prime Video’s multi-holiday romantic-comedy series, With Love, from creator Gloria Calderón Kellett. The Season Two series pickup is a six-episode order and will once again follow the Diaz family’s relationship drama and love stories over the course of a year, with each episode taking place in the midst of a life-changing milestone or celebration.

Season One of With Love premiered on Prime Video globally this past winter. With Love is a multi-holiday romantic-comedy series, written and created by Gloria Calderón Kellett, that follows the Diaz siblings, Lily and Jorge Jr., on a mission to find love and purpose. Each of Season One’s five episodes followed Lily, Jorge Jr., and the entire Diaz family as they navigated the highs and lows of love during a different holidays throughout the year, including Christmas Eve/Nochebuena, New Year’s Eve, Valentine’s Day, the Fourth of July, and Día de Los Muertos.

With Love Season One will be featured at The Prime Experience FYC activation, so that voters can once again fall in love with With Love. The Prime Experience will run from April 30-May 21 and includes several Prime Video titles. With Love’s FYC panel will take place on Saturday, May 14th.