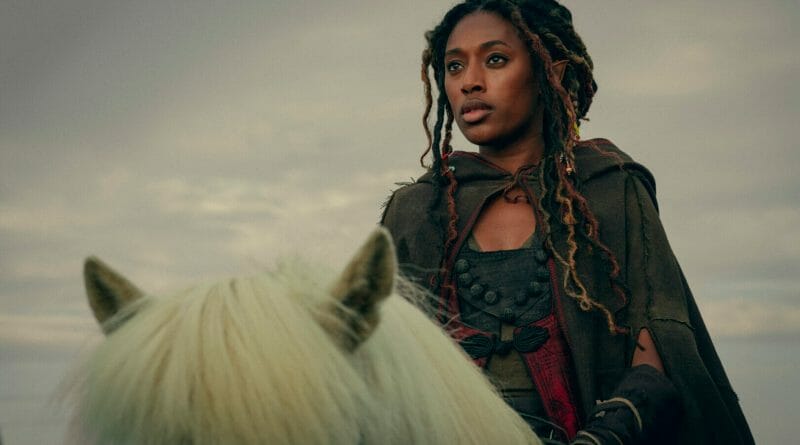 
The 2022 edition of CCXP is nearly wrapping up and it was nothing short of a surprise for fans in attendance. During their CCXP panel, Netflix premiered the official trailer and unveiled a new poster for the upcoming prequel limited series, The Witcher: Blood Origin. During the announcement, fans were delighted to learn that their favorite bard, Joey Batey will be reprising his role as Jaskier in the upcoming series.

You can check out the trailer for The Witcher: Blood Origin above and the newest poster for the series below. The series is written by Declan da Barra who is also serving as showrunner, directed by Sarah O’Gorman and Vicky Jewson and is executively produced by Lauren Hissrich, creator of the hit series The Witcher. Matt O’Toole, Platige Films, and Hivemind are also executive producers of the series.

Set in an elven world 1200 years before the world of The Witcher, Blood Origin will tell a story lost to time – the creation of the first prototype Witcher, and the events that lead to the pivotal conjunction of the spheres, when the world of monsters, men, and elves merged to become one.