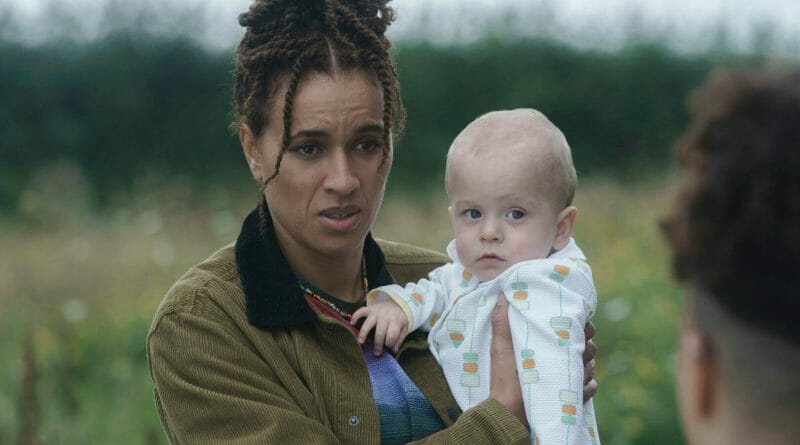 ‘The Baby’ Trailer Reveals The Nightmare That Is Raising Children

The HBO original eight-episode limited series THE BABY, from creators Siân Robins-Grace and Lucy Gaymer, debuts on SUNDAY, APRIL 24 (10:30-11:00 p.m. ET/PT) on HBO and will be available to stream on HBO Max. A horror comedy co-production with SKY, and produced by SISTER and Proverbial Pictures, THE BABY presents a darkly funny, raw examination of motherhood, from the perspective of a woman who doesn’t want to be one.

Michelle De Swarte (“The Duchess”) stars as 38-year-old Natasha, who is furious that her closest friends are all having babies. But when she is unexpectedly landed with a baby of her own, her life dramatically implodes. Controlling, manipulative, but incredibly cute, the baby twists Natasha’s life into a surreal horror show. As she discovers the true extent of the baby’s deadly nature, Natasha makes increasingly desperate attempts to get rid of it. She doesn’t want a baby. But the baby definitely wants her.

The series also stars Amira Ghazalla (“The Rhythm Section”) as Mrs. Eaves, the 70-year-old enigma who has spent the last fifty years living out of her car and seems to be everywhere the Baby is, and Amber Grappy as Bobbi, Natasha’s younger sister, a children’s magician who would love nothing more than to be a parent, to give love and to receive it.

Season 1, Episode 1: “Episode One”
Debuts: SUNDAY, APRIL 24 (10:30-11:00 PM ET/PT)
After yet another friend makes a surprise pregnancy announcement, a dejected Natasha (Michelle De Swarte) heads to a remote cabin to get her head straight – only to be confronted by exactly what she sought to get away from: a baby.
Written by Siân Robins-Grace; Directed by Nicole Kassell

Season 1, Episode 2: “Episode Two”
Debuts: SUNDAY, MAY 1 (10:30-11:00 PM ET/PT)
Inexplicably reunited with the baby, Natasha (Michelle De Swarte) scrambles to locate his mother and uncovers an alarming pattern of events on a thumb drive. Later, after her friends confuse the situation further, Natasha reaches out to her estranged sister Bobbi (Amber Grappy).
Written by Siân Robins-Grace; Directed by Stacey Gregg

Season 1, Episode 3: “Episode Three”
Debuts: SUNDAY, MAY 8 (10:30-11:00 PM ET/PT)
Despite Mrs. Eaves’ (Amira Ghazalia) shocking solution to her baby problem, Natasha (Michelle De Swarte) finds herself willing to do anything in exchange for her help – even if it’s the herculean task of nap time. Meanwhile, Bobbi (Amber Grappy) and her partner Sam (Gensis Lynea) prepare for an important meeting with their adoption social worker.
Written by Sophie Goodhart; Directed by Stacey Gregg

Season 1, Episode 4: “Episode Four”
Debuts: SUNDAY, MAY 15 (10:30-11:00 PM ET/PT)
With the baby now in Bobbi’s (Amber Grappy) hands, Natasha (Michelle De Swarte) must reunite with her mother Barbara (Sinéad Cusack), whom she hasn’t seen in fifteen years. While Bobbi discovers an unmatched ability to put the child to sleep, Natasha confronts her family’s fractured history, and Barbara celebrates having children and grandchildren under the same roof.
Written by Susan Soon He Stanton; Directed by Faraz Shariat