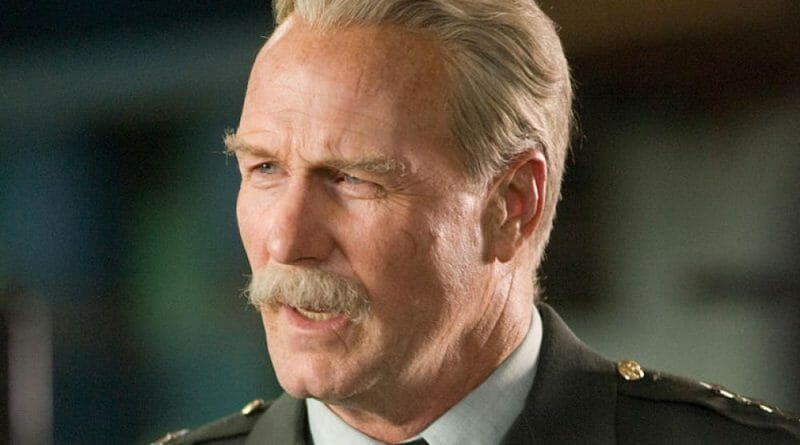 RED HULK TO MAKE HIS MCU DEBUT IN SHE-HULK

William Hurt has been part of the Marvel Cinematic Universe since its birth back in 2008. Hurt starred alongside Edward Norton in The Incredible Hulk, Norton played Bruce Banner/Hulk at the time before Marvel Studios replaced him with Mark Ruffalo. Hurt was brought back to the MCU in Captain America: Civil War as the spearhead figure behind the Sokovia Accords and has was one of the main figureheads at was formerly S.H.I.EL.D. in attempting to replicate the Super Soldier Serum used on Steve Rogers.

Seeing how much of a connection Thunderbolt Ross has to Bruce Banner/Hulk and his encounters with She-Hulk in the comics it was a matter of time before Marvel Studios finally decided to bring Red Hulk into the MCU. Fans have spent years clamoring for it after all. And ever since his return to the MCU in Captain America: Civil War, we knew that his return was for good reason.

For those wondering “why introduce him as Red Hulk in She-Hulk when he’s appearing in Black Widow?”

In the comics, Red Hulk is created by M.O.D.O.K, leader of A.I.M., which was last seen in Iron Man 3. Unfortunately, no M.O.D.O.K was seen. This is revealed in the comics when She-Hilk infiltrates A.I.M. and battle ensues between Hulk and Rulk (Red Hulk).

This bit of information could indicate the potential live-action debut of M.O.D.O.K. in the MCU, potentially bringing A.I.M. back into the forefront. Thus making M.O.D.O.K. another big villain in the MCU. In 2012, after Rulk joins The Avengers, he forms his own team called The Thunderbolts.

If you have been keeping up with us or any other outlet out there, you know that the Thunderbolts have been rumored to be introduced in Falcon and the Winter Soldier. While there’s no indication of whether or not Thunderbolt Ross will appear in the series, his involvement in She-Hulk further solidifies those Thunderbolts reports.

RELATED: RUMOR: GHOST TO APPEAR IN THE FALCON AND THE WINTER SOLDIER

To connect the dots a little. Marvel Studios is now interconnecting their television and film divisions to expand their cinematic universe even further. With shows like Loki and WandaVision connecting to Doctor Strange in the Multiverse of Madness. The Black Widow solo film could potentially connect to not just the Falcon and the Winter Soldier, but She-Hulk as well; and that’s solely using Thunderbolt Ross as the connective tissues.

Unless you throw Taskmaster into the mix. According to online speculation, Taskmaster could potentially become or already is a member of Ross’ Thunderbolts. If he isn’t a member of the Thunderbolts come his introduction in Black Widow, then its possible he can make an appearance in the Falcon and the Winter Soldier if the Thunderbolts do indeed make their MCU debut there. Or he joins the ranks of the Thunderbolts by the end of the She-Hulk solo series when it premieres next year. Taskmaster is a villain that should be kept around for more than one movie, let’s just hope that’s Marvel’s plan.

I must remind everyone and anyone reading that this is pure speculation on my end. None of this is official other than Loki and WandaVision being directly tied to Doctor Strange in the Multiverse of Madness. But if we are to go by yesterday’s She-Hulk series details, which mention her comic book accurate origin being adapted into the series. We’ll most likely see a cameo from Mark Ruffalo’s Bruce Banner and/or Hulk. There was another tidbit of information regarding She-Hulk which mentioned that she’s a future member of The Avengers. All connective pieces to the grander picture that Kevin Feige is trying to paint.

I’m just reiterating what everyone else has already been thinking and speculating about on their own. But it’s fun to drop in my two cents when information like this comes out. Speculating is often the most fun part of this journey when following these movies in their developmental stages. We shall see what happens in the end.