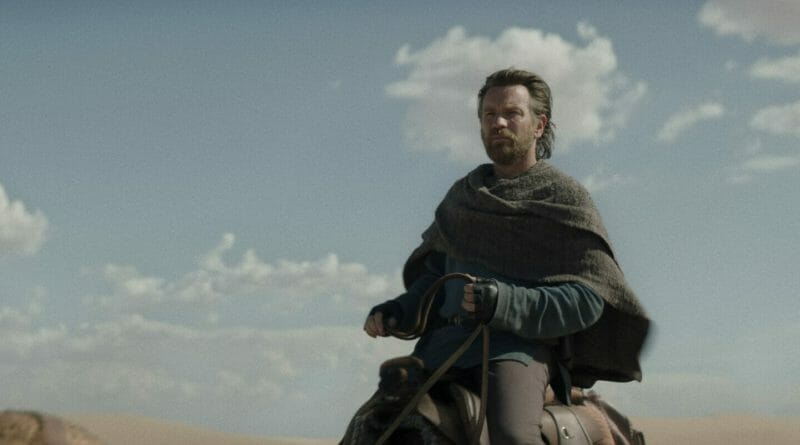 Obi-Wan Kenobi: Things You Need To Know Before Watching


With the end of May soon approaching Star Wars fans hardcore and casual alike are anticipating the premiere of Disney and Lucas Films’ newest adventure, ‘Obi-Wan Kenobi’. Having first played the Jedi in training Obi-Wan Kenobi 23 years ago in ‘Star Wars Episode I: The Phantom Menace’ Ewan McGregor returns to play the iconic character for the sixth time in Disney Plus’ ‘Obi-Wan Kenobi’, but what’s even going to happen in the show? Let’s dive in to see what all we know about the newest Star Wars series.

The last time that we physically saw Christensen as the Sith Lord was in ‘Star Wars Episode III: Revenge of the Sith’, but he did make a cameo in ‘Star Wars Episode IX-The Rise of Skywalker’ via a voiceover during the epic moment of the climax when Jedi long-dead encourage Rey to believe in the Force. For years fans have been clamoring for Hayden to physically reprise his role as Vader and it appears that the House of Mouse has heard these pleas and has brought Christiansen back in a glorious fashion.

When asked about being back in the role Christensen said that it’s a great honor to be back in the suit and that it feels like a natural continuation of the character. Who knows what role Vader will play in the upcoming series, but what we do know is that it will be exciting to see the character potentially face off against Obi-Wan again in live-action.

The Series Picks Up 10 Years After Revenge of the Sith:

It’s been 17 years since ‘Revenge of the Sith’ was released, but it feels like it’s been much longer. We’ve since had 5 movies, 4 television series, and 31 video games with many more properties on the way. When we last saw Obi-Wan he had beaten Anakin Skywalker in one of the most epic lightsaber duels this side of Coruscant but felt defeated because of the loss of his brother in arms to The Dark Side of The Force. Both The Galactic Republic and The Jedi Council had also fallen at the hands of Emperor Palpatine causing great upheaval throughout the galaxy.

All of our heroes had either died or gone into hiding amidst the chaos leaving no one to protect the people from the Sith and their fellow Empire baddies. At the start of ‘Obi-Wan Kenobi’, a decade has passed since the ill-fated happenings of ‘Episode IX‘ and the galaxy has never looked grimmer. Palpatine has been running things for quite a while now, Vader is enforcing his master’s every whim, and Obi-Wan has been in hiding while also watching over a young Luke Skywalker per Yoda’s request. A lot has happened since the fall of the Galactic Republic, so whatever happens in the upcoming series it sure will be a fun ride.

The Inquisitors Will Be Featured:

Having first appeared in the Disney XD animated series ‘Star Wars: Rebels’, The Inquisitors are force-sensitive hunters tasked with tracking down and eliminating any Jedi that wasn’t killed during the purge of the Jedi during Order 66. Wielding red lightsabers, these warriors are highly skilled at lightsaber combat and can take on a Jedi like the best of them. Debuting for the first time in live-action, The Inquisitors are sure to make a splash amongst the rest of the characters of the newest Star Wars series and will hopefully go down in history for making an impact on the greater Star Wars lore.

Playing the evil-doers we have Rupert Friend as The Grand Inquisitor, Moses Ingram as Inquisitor Reva, and Sung Kang rounding out the trio as Fifth Brother. Having made such a big impact on ‘Rebels’, The Inquisitors are a welcome presence in ‘Kenobi’ and are sure to bring the action in the 6-episode series.

John Williams Will Compose The Score:

From Jaws to E.T. to Indiana Jones to Schindler’s List and many more, John Williams has scored more big-time movies than anyone else out there. As most fans know he scored all of the Star Wars movies, too. Music is part of what makes the Star Wars saga so wonderful and we have John Williams to thank for that. Now the legend is returning to score Disney Plus’ newest series.

As we’ve seen in the three trailers for the upcoming series Williams’ touch is definitely felt livening up the already tense footage. Only containing 6 episodes compared to its more lengthy fellow Star Wars series, ‘Obi-Wan Kenobi’ won’t have as much material to add the composer’s wonderful music to, but what we will get will for sure be fantastic.

Like most other Star Wars properties, ‘Obi-Wan Kenobi’ will draw upon the tactic of bringing in actors from other movies and series in order to display the broader scope of the shared universe. As we saw towards the end of ‘Star Wars Episode III: Revenge of the Sith‘ Obi-Wan placed young Luke into the care of his aunt and uncle for protection from The Empire. As I stated previously, the series will take place 10 years after the end of ‘Revenge of the Sith’, so we will see a preteen Skywalker being raised by Owen and Beru (who will again be played by Joel Edgerton as Owen and Bonnie Piesse as Beru).

We will also be seeing Hayden Christensen and Ewan McGregor reprising their roles as Anakin Skywalker/Darth Vader and Obi-Wan, just a decade older. Along with these familiar faces, we will also be introduced to a few new characters. Rupert Friend is playing The Grand Inquisitor, Moses Ingram is portraying Inquisitor Reva, and Sung Kang will be playing Fifth Brother. Indira Varma of Game of Thrones fame has been cast for the role of an imperial officer, but with Varma having the talent that she does her role is bound to be larger than just a one-and-done appearance.

Newcomer Grant Feely has been cast as a young Luke Skywalker (you’ve got some big Jedi boots to fill, Grant). Finally, Kumail Nanjiani, O’Shea Jackson Jr, Simone Kessell, and Benny Safdie will also appear in the series, but to whom and to what lengths have yet to be revealed.

‘Obi-Wan Kenobi’ premieres May 27th on Disney Plus.