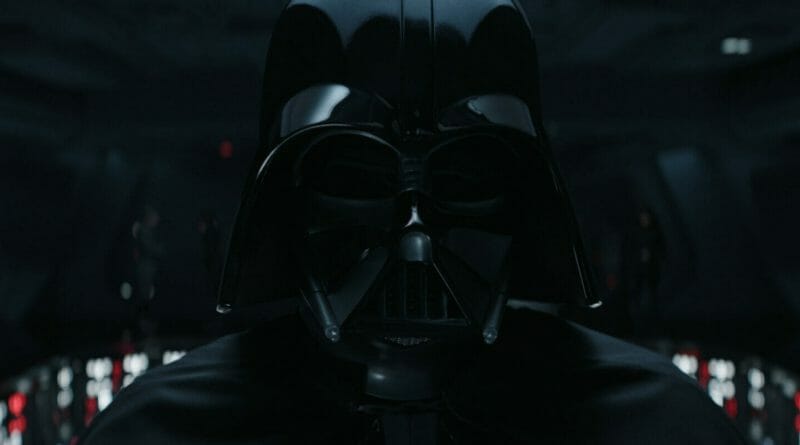 
Obi-Wan Kenobi delivers a solid penultimate episode with a major revelation…spoilers ahead!

Wow. So, we got flashbacks, some Reva vs Darth Vader action, and a major revelation. I had a feeling that I was right about Reva’s past, but I wasn’t sure. It was interesting to see those little snippets of youngling Reva and seeing Anakin Skywalker walking through the temple with his clone trooper entourage was just as terrifying now as it was back in Revenge of the Sith. Also, Leia being a little mechanic was cute, too.

This was a fairly strong episode with the flashbacks, seeing some of Reva’s backstory, and just the raw emotion coming off of Obi-Wan, Reva, and Vader. Watching the three characters trying their best to contain how they’re feeling in the moment, but clearly failing was both compelling and a good show of the actors’ talents. All of the lightsaber battles and the lasers shooting every which direction really got my heart pumping.

I also liked the duel between Reva and Darth Vader and how Vader eventually broke Reva’s lightsaber in two and how the duo traded the parts of the double-ended lightsaber throughout their duel. Also, when Reva was attempting to sneak up behind Vader and kill him it made me feel like Reva had no brains or common sense. It’s freaking Darth Vader, the second most powerful Force user in the galaxy; you’re not going to be able to do a sneak attack on him.

I really liked the flashbacks of Obi-Wan and Anakin training because it reminded us that Vader used to actually be Anakin, that this cold-hearted, brutal, menacing Sith Lord was once a kind, love-struck young man who just wanted peace in the galaxy. Ahead of the series premiere Hayden Christiansen said that we would be getting a ‘more brutal’ Darth Vader, and this was very evident when the refugees were attempting their escape but Darth Vader stopped the ship as it was taking off.

Yes, the ship was just a decoy and everyone got off scot-free, but seeing Vader rip the metal off the side of the ship and throw it aside like it was plastic was simply terrifying. As the ship with the refugees flew away I could almost feel the rage emanating from Vader as he stared up at the sky.

Now, we have Reva. I could always tell that something about her was off or different, so I wasn’t too surprised at the reveal of her being a youngling during Order 66 when Anakin went on his killing spree. You could tell that she had a bunch of resentment toward both Vader for doing the deed and Obi-Wan for not being there to help her and the kids. You could see her conflict with whether to remain loyal to Vader and accept her new role as Grand Inquisitor or go along with Obi-Wan’s suggestion and walk away from The Dark Side.

Of course, she chose the middle ground and decided to go against Vader, but after her defeat at the hands of The Sith Lord, her new self-imposed mission was to go after young Luke. Yes, I fear for the little dude’s life, but I’m glad that we’ll get to see more of him in the final episode. One negative of the episode was not seeing much of Reva’s past.

Yes, we saw the flashback of her as a youngling and that was great, but I want to see her journey from youngling to Inquisitor. I want to see what actions led to her decision to become what was essentially an Empire-led bounty hunter. Reva is an interesting and compelling character and going more in-depth into what eventually led to her becoming this person who was so obsessed with catching Obi-Wan would have been cool.

Obi-Wan Kenobi is streaming now on Disney Plus.