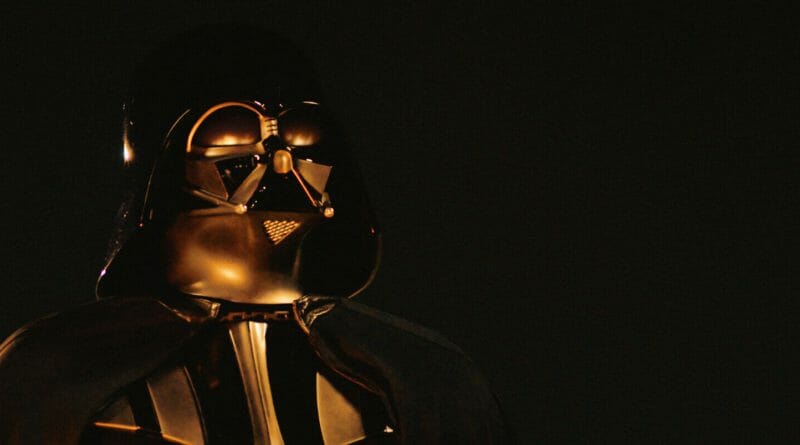 
With Leia being held captive by Reva and Obi-Wan struggling to properly heal due to the now shared trauma of both him and Anakin being burned alive all hope seems to be lost. Thankfully, Team LightsideoftheForce ends up triumphing in the end and the sassy princess is away from mean ol’ Reva and back in the hands of Uncle Obi-Wan. Also, what was with that creepy room with all of those people being stored in amber? Let’s discuss!

Last week’s run-in with Vader both left a bit of a mark on our hero (both literally and figuratively) and yet again reminded him of how he left his former Padawan to die as the newly appointed Sith Lord roasted like a marshmallow above a campfire. Tala tried her best to heal his physical wounds, but flashes of Vader in his bacta tank kept messing with his head which caused a not fun time for Kenobi.

In typical Obi-Wan fashion, he denied more bacta treatment and reminded Tala that rescuing Leia is more important. The scene where Obi-Wan and Tala were standing around the table with those random pseudo-rebels was kind of funny because it reminded me of a heist movie. Now I want a heist movie consisting of various Jedi trying to go and steal something a la Oceans Eleven.

This week’s episode was a nice change from the previous three episodes. There was no dreary, sand-covered planet, no Obi-Wan and Leia being in disguise to escape someplace (except for that horrible trenchcoat attempt on the ship dock), and no Obi-Wan having to chase after Leia because she’s ten and does what she wants. The murky Inquisitor base was pretty cool and seeing how oblivious the officers in the command room were to Tala’s loud whispers was definitely funny and reminiscent of other Star Wars properties.

We also got to see how far Reva will go to find the Jedi (and that includes torturing a child). It was interesting to see this side of our villain because before she’s just been running around obsessing over finding Obi-Wan, but now we know that she just despises all Jedi. Hopefully, in the final two episodes, we’ll get to see even a flashback of Reva’s history as a Jedi.

On the other side of the coin, we have Obi-Wan doing his best to both find Leia and keep his sanity. I loved seeing Kenobi sneaking through the halls of the base trying to find Leia, it was very similar to his scenes in ‘A New Hope‘ where we saw the former Jedi make his way through the halls of the first Death Star to distract Vader while our other protagonists escaped.

While we’re on the subject of Obi-Wan being sneaky, let’s talk about that creepy tomb. On his mission to find Leia at the Inquisitors’ base, Kenobi discovers a room filled from floor to ceiling with bodies encased in an amber-like substance. One notable tenant of this tomb appears to be Tera Sinube, a kindly Cosian Jedi who helped a young Ahsoka Tano recover her stolen lightsaber in the animated Clone Wars series.

We also see a youngling still with his training helmet on, and two humanoid Jedi that we don’t know the identities of. It has never been revealed how many Jedi had been killed during Order 66, but with how large that room is who knows how many could be encased inside. While the episode itself wasn’t an overly strong entry, I did love that quick scene of Obi-Wan cutting the lights and sneaking up on the Stormtroopers in order to cut them down.

The effect of only seeing a dim-lit Leia and Kenobi’s blue lightsaber was really cool and I would love to see more things like that. I also liked seeing the beginnings of The Rebel Alliance with O’Shea Jackson Jr’s Roken helping Obi-Wan and Tala find Leia. Roken mentioned that his wife was hunted down and killed by The Inquisitors just because she was Force-sensitive. Him having gone through an ordeal such as that would give him a great reason for saving Leia and in turn wanting to get revenge on The Empire.

Also, seeing Obi-Wan swimming through the ocean amidst all of the aquatic creatures and kelp and seaweed was really cool and made for a nice aesthetic. While I do love all of the spaceship and Mustafar bases of the various Star Wars villains, the oceanic headquarters of the Inquisitors was pretty rad and reminded me of 2K Games’ Bioshock titles. Overall it was a pretty good episode and I’m both excited and sad for the final two entries.