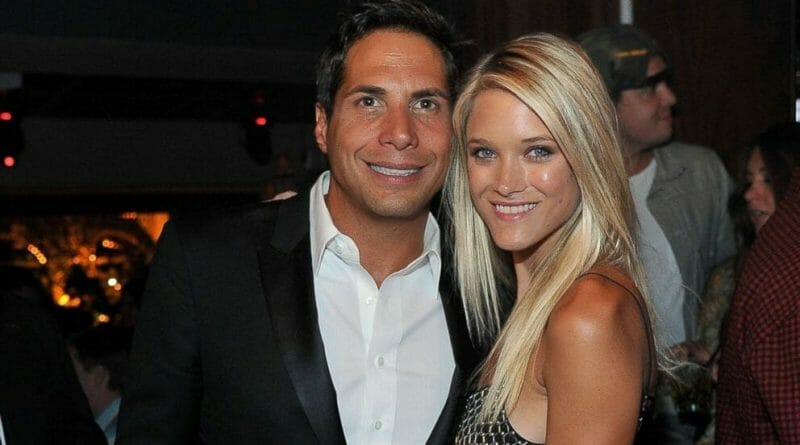 TNT sets the debut date for the next story in its original true-crime anthology, “Rich & Shameless,” a docu-series that tells the shocking real stories of the consequences that befall great wealth in seven unique films. On Saturday, April 23 following the NBA Playoffs, TNT will premiere “Girls Gone Wild Exposed,” taking viewers beyond the ‘harmless fun’ of wet t-shirt competitions and booze-fueled Spring Breaks and into dark back rooms with Joe Francis, where girls were coerced to take part in actions far more sinister than flashing on a beach.

The show documents Francis’ increasingly bizarre and violent downward spiral, which all played out in the public eye while he continued to rub shoulders with some of Hollywood’s most popular stars. With first-time, exclusive accounts, the two-hour episode uncovers an audio recording of a verbal altercation between Francis and his estranged wife, along with interviews from the women who say their lives were ruined and who are now battling to reclaim their identities by sharing their stories.

TNT’s “Rich & Shameless” continues to uncover a range of topics with new voices and perspectives. New episodes are slated to debut following the NBA Playoffs on TNT, with re-airs scheduled for June. The premiere lineup during NBA Playoffs is as follows:

Premieres Sunday, May 8 following the NBA Playoffs – “Pharma Bro vs. Wu-Tang Clan” tells the story of hedge-fund wunderkind Martin Shkreli who quickly becomes America’s Most Hated Man after jacking up the price of a cheap AIDS drug. Instead of running, he doubles down by starting a bizarre war of words with hip hop legends Wu-Tang Clan over his ownership of their multi-million-dollar secret album.

Premieres week of May 16 after Western Conference Finals Game One. Updates to come accordingly. “Where did NBA Star Brian Williams Go,” tells the story of NBA star Bison Dele, formerly Brian Williams, who had it all – but threw in the towel for a nomadic life under the stars before mysteriously vanishing on a boat in the South Pacific. When police peel back the layers of Williams’ life, they discover a fatal mix of money and jealousy that leads right back to his own family.

Premieres week of May 16 after Western Conference Finals Game Two. Updates to come accordingly. “The Mysterious Disappearance of the Bitcoin Millionaire,” follows the mystery behind bitcoin millionaire Gerald Cotton, who died under suspicious circumstances after hundreds of millions of dollars suddenly vanished from his Bitcoin exchange in 2019. As investors panicked, disturbing rumors began to spread about the man behind the cryptocurrency goldmine.

Premieres Sunday, May 22 after Western Conference Finals Game Three – “The Heiress & the Sex Cult” gives an up-close look at Clare Bronfman, a quiet equestrian and heiress to one of the largest fortunes in the world. When Bronfman meets charismatic self-help guru Keith Raniere, she suddenly becomes the financier of one of the most abusive cults of the 21st century – and consequently, an enabler of her mentor’s twisted desires.

Premieres Tuesday, May 24 after Western Conference Finals Game Four – “Peter Nygard’s Unseen Tapes” tells the story of billionaire fashion entrepreneur Peter Nygard who seemed to have it all – private jets, private islands, and a private life filled with adoring women. But Nygard’s bizarre quest to prevent himself from aging ultimately leads to an earthquake of abuse allegations against him, and an astonishing fall from grace.

Previously premiered on Saturday, February 19 – “The Crime Against Pam & Tommy,” which ranked as Cable’s #1 entertainment program of the day following its post-NBA All-Star Game sneak peek in early February, tells the never-told true story behind the theft, release, and exploitation of the most famous sex tape in history – revealed for the first time by the people involved.

Fame. Power. Success. Money can bring it all. And drain it all away. From TNT and RAW (“The Tinder Swindler” and “Don’t F**k with Cats”), comes “Rich & Shameless,” a seven-part series of premium films that tell the true stories of the successes, failures, thrills, and miseries that accompany the kind of wealth that few people can ever understand. Using a combination of powerful interviews, unique archives, and atmospheric visuals, “Rich & Shameless” goes behind the public façade to reveal the dangers of great prosperity.