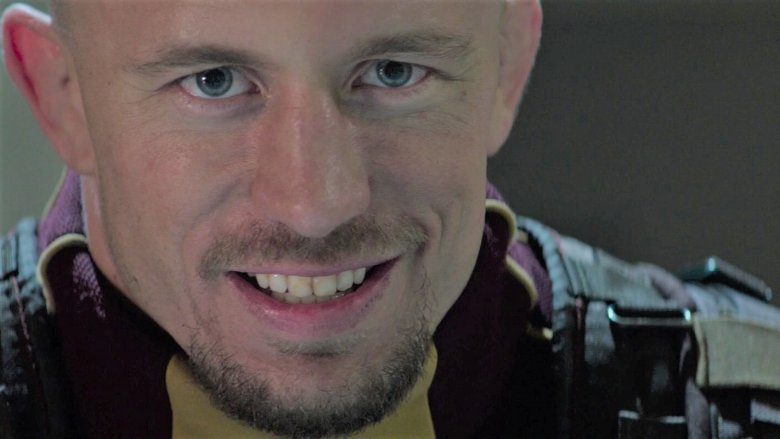 Marvel Studios’ The Falcon and the Winter Soldier is shaping up to be a must-watch series for the upcoming cinematic giant. It looks like the series is looking to play a much bigger role than initially intended. A new rumor has made its rounds around the internet stating that former MMA star Georges St-Pierre will reportedly reprise his role as Batroc the Leaper in the upcoming Falcon and Winter Soldier Disney+ series, according to the Weekly Planet Podcast.

Of course, this has yet to be officially confirmed…

Madripoor has heavy ties to the X-Men and Mutants in Marvel Comics and was first introduced in New Mutants #32 by Chris Claremont and Steve Leialoha in 1985. Madripoor was last featured as the primary location for the X-Men in 2017’s X-Men Blue written by Cullen Bunn.

Additionally, according to that same 4chan post, Batroc will be seen in Madripoor with other minor villains, including mutant villain Omega Red. Although not suited up, Omega Red made his live-action debut in Deadpool 2.

As for Georges St-Pierre, according to his Instagram account, dating a month back while The Falcon and The Winter Soldier was filming, he posted the following:

It could have no relation at all to the upcoming Disney+ series but given the time it was posted and given the time filming on Falcon and Winter Soldier was underway it couldn’t just be an odd coincidence. But its a rumor for now nonetheless.

It’ll be interesting to see how Mutants will play into The Falcon and The Winter Soldier if Madripoor does indeed make its live-action debut in the series. While the MCU has yet to feature Sam Wilson as an actual Mutant as he is in the comics, just like Wanda Maximoff. Seeing how Marvel now owns the term mutant and their respective characters, some sort on mutant introduction sprinkled throughout Phase 4 including The Falcon and The Winter Soldier, shouldn’t be off the table.

The New Mutants at one point was also teased to be part of the MCU in a now taken down post on the D23 website so time will tell how mutantkind will be brought into the fold and worked into the overall MCU storyline. More so with The Eternals serving as a pseudo prequel to the MCU. Using The Eternals as a way of bringing forth the X-Gene into the MCU isn’t too far of a stretch either.

Of course, this is all speculation on my end and speculation that has been brought to light by other fans as well. All we can really do is wait for an official trailer, a more clear cut synopsis for The Falcon and The Winter Soldier and most importantly, the debut of the series this summer.