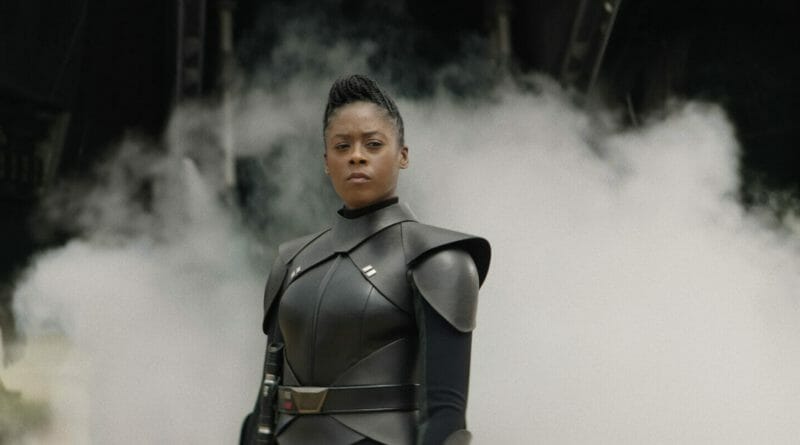 
10 years have passed since the formation of The Empire and the galaxy is in shambles. With all of the remaining Jedi in hiding, no one is left to defend the helpless. Obi-Wan Kenobi keeps a close eye on Luke Skywalker, but as these things usually go, the former Jedi is called to action on another mission with The Inquisitors hot on his trail.

Not surprisingly, the episode was a bit slow, but still good and started up the series’ story. As an avid Star Wars fan it was great seeing Obi-Wan, Owen, Bail, and Breha again. It was also cool seeing the Inquisitors in live-action after seeing them throughout Star Wars: Rebels. The recap of the prequels and being reminded of how Anakin Skywalker transitioned from a wide-eyed youngster to a Sith Lord was heartbreaking as it always is.

Seeing Obi-Wan going through his hum-drum life while in hiding was a change from his life as a Jedi (even though I knew that I would be seeing it.) I also loved seeing Alderaan close-up and in person before it got blown to smithereens. I knew that we were going to see Obi-Wan, a bit of Luke Skywalker, and some of Darth Vader, but getting a brief sneak peek into Princess Leia’s life with her adoptive parents was wonderful and unexpected.

Alderaan is probably my favorite planet in the Star Wars galaxy, so it was great seeing the lush forest and the palace and the day-to-day of the Organas. While seeing Alderaan was amazing, my favorite scenes on the planet involved young Leia. The princess is unsurprisingly just as much of a spitfire as a pre-teen as she is as an adult. It also warmed my heart to see the loving relationship that she had with her parents before things got crazy nine years in the future.

While I’m still not completely sold on the live-action designs of the Inquisitors, they did deliver in the villain department. The Grand Inquisitor is cold and calculating, Reva/Third Sister is reckless and psychopathic, and Fifth Brother is reserved, but menacing. I liked the Inquisitors in Rebels, so seeing them do their thing in live-action was a fun change. I can’t wait to see them report back to Darth Vader and get scolded for their incompetence. One thing for sure though is that I will miss hearing Jason Issacs’ villainous take on The Grand Inquisitor.

In the second part of the premiere, we see Daiyu, another hive of scum and villainy. This dingy planet doesn’t hold back on the crime or the freaking aliens. It’s like Coruscant’s black sheep cousin. Thank goodness Obi-Wan and Leia have their wits about them, so making their way off this planet was a piece of cake (minus the 4 Inquisitors and about 20 bounty hunters going after them). Also, Kumail Nanjiani; need I say more?

While series like The Mandalorian and The Book of Boba Fett is great. It gets a bit derivative to keep seeing a desert setting. Obi-Wan spent the majority of this episode on Daiyu, a planet that you definitely wouldn’t take someone on a first date. Seeing all of the different species and shops and booths was pretty cool. Places like Mos Eisley and Mos Espa are always a treat because the creature department always goes full in on the freaky creatures. It was also cool seeing Obi-Wan going toe-to-toe with Leia’s captors.

I’m always a sucker for a lightsaber fight, but getting to see Mr. Kenobi trade fisticuffs with some baddies as he did with Jango on Camino was captivating. This episode also gave us the treat of seeing Ms. Sassypants Leia being an image of her bio parents as she sassed at Obi-Wan. Another thing that I liked was seeing Reva finally being put in her place by The Grand Inquisitor (even though she later killed him).

This chick’s ego is getting too big for her lightsaber and she needs a reality check. Kumail Nanjiani was a great addition to the episode, though I wish that we could have gotten to see him fight back against Reva more (even if it was with a blaster or something). One criticism that I had was Leia’s near-constant defiance of Obi-Wan’s attempt at saving her.

This man says that he is a close friend of your parents and that he is trying to rescue you from this terrible planet; let him save you. Also, hopefully in the remaining episodes, we get to see Obi-Wan use his lightsaber against the inquisitors and various other bad guys. Overall the premiere was solid and gave a nice peek into the lives of our various characters and how they’re adjusting to their new Empire overlords. I can’t wait to see more of Obi-Wan as he digs himself out of his unwanted exile and puts his boots to the ground to save Princess Leia. Also, someone give that Jawa a series all about his hijinks selling junk.

Obi-Wan Kenobi is now streaming on Disney Plus.