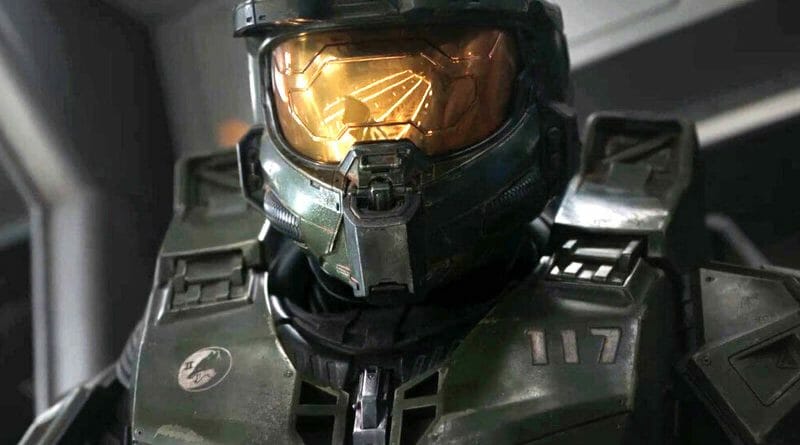 Halo has finally found its footing and the latest episode in the series is the best episode yet. In this week’s episode, we get to know more about Master Chief as a person and his childhood trauma. Pablo Schreiber has been outstanding as Master Chief as he portrays every feeling and emotion with amazing conviction. Playing the rage of a Spartan with great detail. As these past two episodes have showcased, it is now becoming increasingly difficult to not miss this show.

The episode picks right after the attack of The Covenant. We see Master Chief sitting down, with his hands and his Spartan armor covered in blood. Chief is in pain and is constantly reeling through his childhood memories of Dr. Halsey kidnapping him. A hand slowly reaches out and grabs Master Chief by the arm snapping him back to reality. Kai-125 is on the operating bed and we are re-introduced to all the defeat and chaos left by The Covenant.

We continue focusing on Master Chief’s spiral into deep confusion and his desperate need for answers. Cortana runs a diagnostic and informs the Master Chief that he is under a lot of stress and is ill and will need medical support as soon as possible. But Chief shuns Cortana away and walks out. Solace is heavily built on the not-so-conventional and dysfunctional relationship between Dr.Halsey and Master Chief.

We get an understanding of how bleak and manipulative Dr. Halsey is and how fascinating and interesting it is to watch her work her way around getting her work done. While also shedding light on the abusive power Dr.Halsey uses even on her daughter, but we do not get to see more of it.

Kwan Ha and Soren subplot is entirely ignored in this week’s episode, and truth be told the Kwan Ha subplot has been holding back the show for a bit, but this week’s episode makes the necessary changes and excludes them entirely. On the other hand, Makee (Natascha McElhone) tries to infiltrate and get a hold of all the loopholes in the UNSC. The UNSC did not pay any attention to the timely appearance of Makee after the battle with The Covenant. The looming presence of Makee adds a layer of uncertainty and impending doom for the UNSC in the coming episodes.

‘Solace’ continues to lay down a strong foundation for the characters in the show, whether it be Master Chief, Dr.Halsey, or Makee. With everything we get to learn about Dr.Halsey, it is safe to say she is absolutely remorseless as a villain and is one of the best-written antagonists in recent times for a show. Makee has enough room left to grow as a growing antagonist to the UNSC and the Master Chief.

‘Halo’ does an amazing job at portraying all the after-effects of the war between The Covenant and the UNSC, while the main two Spartan soldiers of UNSC are struggling with finding themselves and following orders. The show’s attempt at portraying the conflict between Aliens and Humans using the lore of the game, and adding their own creative flair to the story is sure to continue working its wonders in the coming episodes. If you are one of the few who has given up on this show, give the recent two episodes a watch, they are sure to leave you stunned and excited for the coming weeks ahead.

Halo is streaming now on Paramount Plus