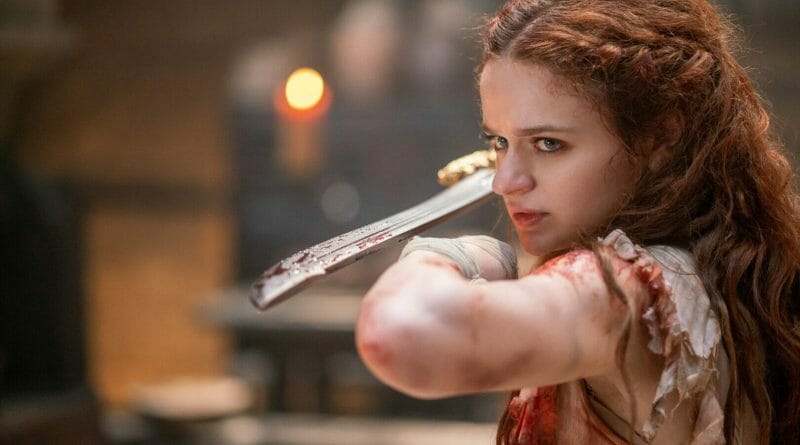 
Joey King Stars in the Intense, Action-Packed Original Film Debuting this Summer as a Hulu Original

“The Princess,” an original movie from 20th Century Studios, starring Joey King will stream on July 1, 2022, exclusively on Disney’s direct-to-consumer platforms: Hulu in the U.S., Star+ in Latin America, and Disney+ under the Star banner in all other territories. An action-packed fight to the death set in a fairy tale world, “The Princess” is directed by Le-Van Kiet (“Furie”) and stars Emmy Award® nominee Joey King (“The Act,” “The Kissing Booth”) as the skilled and formidable young royal.

When a beautiful, strong-willed princess refuses to wed the cruel sociopath to whom she is betrothed, she is kidnapped and locked in a remote tower of her father’s castle. With her scorned, vindictive suitor intent on taking her father’s throne, the princess must protect her family and save the kingdom.