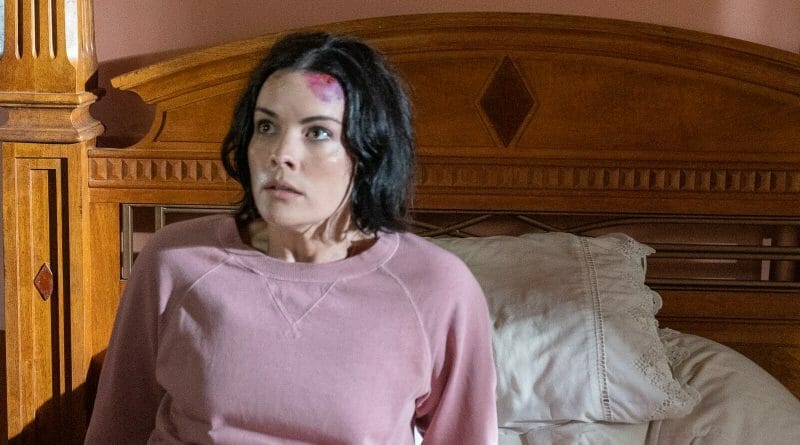 ‘The Minute You Wake Up Dead’ Trailer: Morgan Freeman Investigates A Noir-Driven Mystery


Lionsgate has released the official trailer for their upcoming noir-driven thriller ‘The Minute You Wake Up Dead’ starring Cole Hauser, Jaimie Alexander, and Morgan Freeman. In addition to the film’s official trailer, an official poster and set of still images have also been released. Check out the trailer above and the still images and poster below along with statements from the film’s writer, Timothy Holland, and director Michael Mailer.

“One Sunday morning I was sitting in church listening to our pastor deliver his sermon — only halfway paying attention to what he was saying — when he suddenly asked, “Where will you be the minute you wake up dead?” I bolted upright. Immediately upon hearing the question, I thought, “That’s a great line! I’m going to use that in a script someday.” Says writer, Timothy Holland

While it wasn’t the response the pastor had in mind, it got the creative wheels turning in my brain. The question almost sounded like a threat. What if it was? What if someone started receiving threatening phone calls from a menacing caller who asked, “Where will you be the minute you wake up dead?” And then added, “You’re about to find out.” A story was forming.

I had also recently heard about a murder mix-up. A hitman killed the wrong person when the address he was given was off by one number. Could I somehow combine the pastor’s ominous question with a murder gone wrong? I realized I could, but I wanted to add an even more shocking twist. I then decided the focus of the story would be greed and revolve around a simple insurance scam that spirals out of control and consumes everyone in its path.

I set the story in a small Southern town, much like the one where I grew up in South Carolina. In small towns, particularly in the South, everyone knows everyone else and what’s going on in their lives — and what they don’t know, they make it their business to quickly find out. They’re generally decent, trusting people, prone to innocent gossip and good-natured mischief, but, like most of us, are also self-absorbed and secretive.

The characters in The Minute You Wake Up Dead are products of the new rural South. Having long ago abandoned the church and its moral underpinnings, they believe the way to salvation is through power and money, and the pleasures that can bring. They aren’t out to harm anyone. It’s just not who they are. But, if pushed to extremes, they, like most of us, no matter where we live, are capable of anything — even murder.

The Minute You Wake Up Dead, a neo-noir, slow-burn thriller, taps into such themes of existential crises. The character Delaine Moore, played to perfection by Jaimie Alexander, is the classic noir femme fatale who is trapped in a difficult situation and making choices out of desperation and nihilistic moral systems. Says, director Michael Mailer

Her male counterpoint, Russ Potter, portrayed with steely charm and graded nuance by Cole Hauser, is also an equally flawed character in the classic anti-hero mold. Trying to make hay from a bad situation, he, too, loses himself in the need to control an uncontrollable situation.

Finally, Sheriff Fowler, portrayed by the incomparable Morgan Freeman, is as grizzled as the community he’s trying to protect. The last bulwark against disintegration from Valkyrie-like forces of destruction set loose by an insurance fraud scheme gone awry, Sheriff Fowler taps into his last reserves of wisdom and experience in a failed attempt to right the ship. But the listing is too severe, and the town and its citizens ultimately pay the price.

The Minute You Wake Up Dead follows Russ Potter (Cole Hauser), an investment banker in a small Southern town, who recently caused many of his clients to lose vast amounts of money on bad financial advice. Russ begins getting threatening phone calls asking ominously, “Where will you be the minute you wake up dead?” He then gets embroiled in a romance with the prettiest girl in town, Delaine Moore (Jaimie Alexander), who herself is running an insurance scam that leads to multiple murders. As Sheriff Thurmond Fowler (Morgan Freeman) investigates, a host of other people want in on the plot — and the money.

The Minute You Wake Up Dead is a classic film noir thriller that demonstrates that greed and the dark side of human nature can push people to limits beyond anything they ever imagined. The film stars Cole Hauser, Jaimie Alexander, and Morgan Freeman.

The Minute You Wake Up Dead in theaters, on-demand, and digital November 4; On Blu-ray™ and DVD December 13.