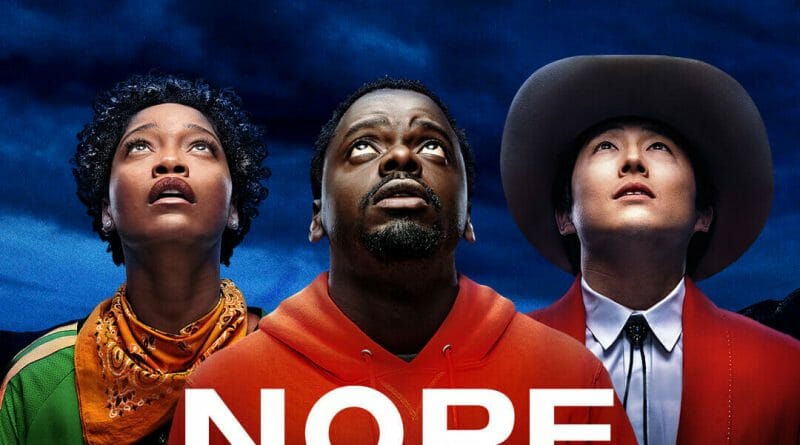 ‘NOPE’ To Stream On Peacock This November


UNIVERSAL PICTURES’ ‘NOPE’ TO STREAM EXCLUSIVELY ON PEACOCK ON NOVEMBER 18

Jordan Peele’s ‘NOPE’ will begin streaming exclusively on Peacock starting November 18, Peacock has announced. Peacock will also stream a robust and intimate look at the making of Nope with a new documentary, featuring interviews from cast and crew and in-depth behind-the-scenes footage.

The film reunites Peele with Oscar® winner Daniel Kaluuya (Get Out, Judas and the Black Messiah), who is joined by Keke Palmer (Hustlers, Alice) and Oscar® nominee Steven Yeun (Minari, Okja) as residents in a lonely gulch of inland California who bear witness to an uncanny and chilling discovery.

Oscar® winner Jordan Peele disrupted and redefined modern horror with ‘Get Out’ in 2017 and then Us in 2019. Now, he reimagines the summer movie with the expansive new horror epic, ‘NOPE’, a dark pop nightmare of uncanny science fiction and complex social thriller that unpacks the seeds of violence, risk, and opportunism that are inseparable from the romanticized history of the American West … and from show business itself.

Peele’s ‘NOPE’ reinvents the summer blockbuster with an epic sci-fi pop nightmare that will have you never looking at clouds the same way ever again. The film’s setting is situated just outside of Los Angeles, in Southern California’s arid and rambling Santa Clarita Valley, where siblings OJ Haywood (Daniel Kaluuya) and Emerald Haywood (Keke Palmer), have inherited a horse ranch from their industry-legend father, Otis Haywood Sr. (Emmy winner Keith David; 21 Bridges, Crash), carrying the torch of his craft as animal wranglers for film and television.

It’s a tough business, and despite their skills and the artistry of their profession, OJ and Emerald face financial challenges and the heartbreak inherent to a trade where livestock is the talent. Adjacent to the Haywood ranch sits Jupiter’s Claim, a family-fun theme park and petting zoo predicated on the white-washed history and aesthetics of the California Gold Rush, owned and operated with evangelical pride by Ricky “Jupe” Park (Steven Yeun), a former child star who is saddled with a tabloid-tragic backstory that he has spent a lifetime trying to escape.

NOPE is written, produced, and directed by Jordan Peele and produced by Ian Cooper p.g.a. (Us, Candyman) for Monkeypaw Productions. The film’s executive producers are Robert Graf (Bombshell, No Country for Old Men, True Grit) and Win Rosenfeld (Hunters, BlacKkKlansman).