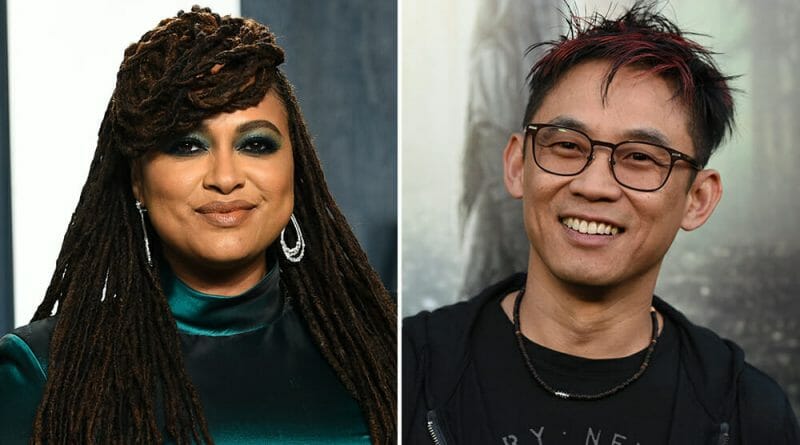 If you were looking to finally see the New Gods in all their glory on the big screen at some point, then we are here to disappoint as Warner Bros. officially cancel Ava DuVernay’s ‘New Gods’ film along with James Wan’s Aquaman spin-off horror film ‘The Trench’.

“As part of our DC slate, some legacy development titles including New Gods and The Trench will not be moving forward,” Warner Bros. and DC said in a statement. “We thank our partners Ava DuVernay, Tom King, James Wan, and Peter Safran for their time and collaboration during this process and look forward to our continued partnership with them on other DC stories. The projects will remain in their skillful hands if they were to move forward in the future.”

Ava DuVernay along with comic book writer Tom King had been working on the script for the ‘New Gods’ since 2018 and both were eager to bring Mister Miracle, Big Barda, and the rest of the New Gods to the big screen, including DC Comics big bad Darkseid who recently made his live-action debut in Zack Snyder’s Justice League.

While ‘New Gods’ has been canned, for now, DuVernay is still working alongside DC to bring forth a live-action adaptation of Naomi to The CW which has rounded off its leading cast this past week.

James Wan’s ‘The Trench’ which was announced as a spin-off of Warner Bros. box office hit Aquaman starring Jason Momoa, which was directed by James Wan. However, despite the cancellation of ‘The Trench’, sources state that WB could revisit this spin-off film down the line if Atlantean adventures are to be desired. James Wan just like Ava DuVernay will remain in the DC Films fold as he awaits to start production on Aquaman 2.

Despite the news, Duvernay held her head up high and shared her enjoyment in working alongside Tom King on the ‘New Gods’ film, Tom King also shared his sentiments and pleasure.

Warner Bros. announced at DC Fandome last year that it would be rebuilding its DC Extended Universe in a multiversal cinematic with interconnected films taking place on the same Earths or on separate Earths like Matt Reeves’ The Batman starring Robert Pattinson which is set to take place on Earth-2. Giving Matt Reeves the opportunity to explore, build and expand an Earth-2 cinematic universe.

The upcoming Flash solo film which will be directed by Andy Muschietti, starring Ezra Miller will be loosely adapting the Flashpoint storyline and will be used as a gateway into the multiverse, while also lending some clarity to the future of the Justice League since the film will include Michael Keaton’s Bruce Wayne/Batman from Batman ’89 with Ben Affleck reprising his role as Batman from Batman v Superman: Dawn of Justice, Justice League, and Zack Snyder’s Justice League. The Flash solo film will also introduce another live-action version of Kara Danvers aka Supergirl played by Sasha Calle.

Warner Bros. has its hands full with multiple DC Films releasing in 2022 and 2023. That slate consists of Black Adam, Shazam! Fury of the Gods, Blue Beetle, Batgirl, Supergirl, Green Lantern Corps, and Static Shock. WB is also actively developing a live-action Zatanna solo film and a third Wonder Woman film with Patty Jenkins and Gal Gadot set to return; as well as a new Superman film with J.J. Abrams producing and Ta-Nehisi Coates writing the script.