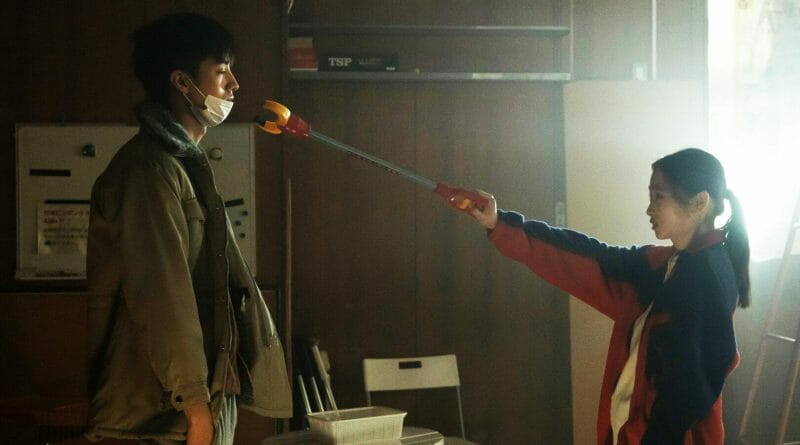 Following its most recent premiere at the 2022 Edition of Fantastic Fest, Dark Star Pictures’ “MISSING” receives official release dates for its theatrical and VOD releases. Directed by Shinzô Katayama, “MISSING” stars Aoi Ito, Hiroya Shimizu, Misato Morita, and Jirô Satô. Depressed and in debt following the death of his wife, Santoshi (Jiro Sato) tells his young daughter he has found a way out.

Pointing to a reward note, he vows to find the infamous serial killer “No Name” (Hiroya Shimizu) and cash in, claiming to have seen the man in the flesh a few days earlier. Kaeda (Aoi Ito) cannot take her aloof father seriously. But when he goes missing without a trace, she starts to fear the worst—and must begin looking for him.

After working as an assistant director for Japanese films, including Nobuhiro Yamashita’s works, filmmaker Shinzô Katayama crossed paths with Bong Joon-Ho while shooting “TOKYO!” (2008) and served as his assistant director on “Mother” (2009). In 2019, his debut feature, “Siblings of the Cape” was selected by numerous domestic and international film festivals. He now is one of the most promising, emerging directors in Japan, and his second feature, “MISSING” (“Sagasu /さがす”) will be his commercial film debut.