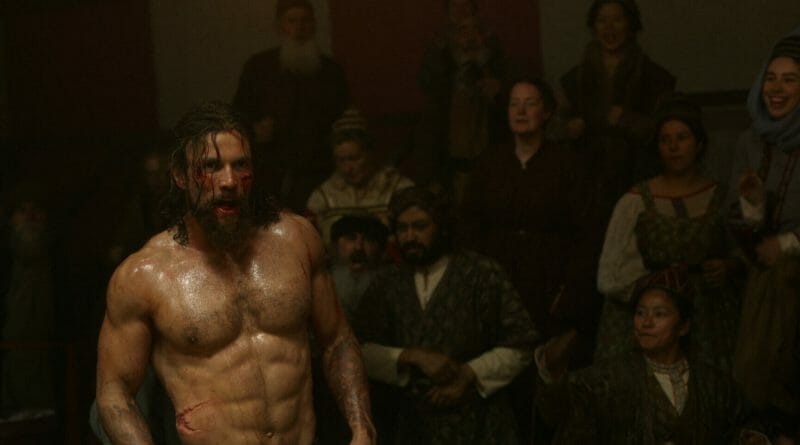 Everything Coming To Netflix January 2023


Looking to something new to stream on Netflix to kick off the new year with a bang then look no further. Here is the full list of new Netflix original films, series, and anime coming this month to the streaming giant. From classic films like Barbershop 2: Back in Business, Top Gun, Brokeback Mountain, new series like Kaleidoscope, the return of Vikings: Valhalla, the Netflix premiere of Vinland Saga Season 1, the return of The Way of the Househusband, and Record of Ragnarok; there is no shortage of incredible titles to stream once we enter the new year. If you’re anything like me, you skim through all that and pick out all of the documentaries and the biggest gem of them all which arrives later this month, That 90s Show! For those who were waiting to binge the final season(s) of The Walking Dead, Netflix has you covered as the entirety of the final season will be arriving this month as well.

Kimi ni Todoke: From Me To You (Multiple Seasons)

The Way of the Househusband (Season 2) Netflix Original

Transformers: Revenge of the Fallen (2009)

How I Became a Gangster (2023) Netflix Original

The Kings of the World (Season 1) Netflix Original

West Point, 1830. In the early hours of a gray winter morning, a cadet is found dead. But after the body arrives at the morgue, tragedy becomes savagery when it’s discovered that the young man’s heart has been skillfully removed. Fearing irreparable damage to the fledgling military academy, its leaders turn to a local detective, Augustus Landor (Christian Bale), to solve the murder. Stymied by the cadets’ code of silence, Landor enlists the help of one of their own to pursue the case, an eccentric cadet with a disdain for the rigors of the military and a penchant for poetry — a young man named Edgar Allan Poe (Harry Melling). Based on the novel by Louis Bayard, THE PALE BLUE EYE is directed by Scott Cooper and stars an acclaimed supporting cast, including Gillian Anderson, Lucy Boynton, Charlotte Gainsbourg, Toby Jones, Harry Lawtey, Simon McBurney, Hadley Robinson, Timothy Spall and Robert Duvall.

The Makanai: Cooking for the Maiko House (Season 1) Netflix Original

Set over a thousand years ago in the early 11th century, VIKINGS: VALHALLA chronicles the heroic adventures of some of the most famous Vikings who ever lived — the legendary explorer Leif Eriksson (Sam Corlett), his fiery and headstrong sister Freydis Eriksdotter (Frida Gustavsson), and the ambitious Nordic prince Harald Sigurdsson (Leo Suter). Season Two finds our heroes shortly after the tragic fall of Kattegat; an event that has shattered their dreams and altered their destinies. Finding themselves suddenly fugitives in Scandinavia they are forced to test their ambitions and courage in worlds beyond the fjords of Kattegat.

It’s 1995 and Leia Forman is desperate for some adventure in her life or at least a best friend who isn’t her dad. When she arrives in Point Place to visit her grandparents, Red and Kitty, Leia finds what she’s looking for right next door when she meets the dynamic and rebellious Gwen. With the help of Gwen’s friends, including her lovable brother Nate, his smart, laser-focused girlfriend Nikki, the sarcastic and insightful Ozzie, and the charming Jay, Leia realizes adventure could happen there just like it did for her parents all those years ago. Excited to reinvent herself, she convinces her parents to let her stay for the summer. With a basement full of teens again, Kitty is happy the Forman house is now a home for a new generation and Red is, well…Red.

Against The Ropes (Season 1) Netflix Original

The Price of Family (2023) Netflix Original

The anime based on the popular manga serialized in Monthly Comic Zenon and which has sold over 10 million copies enters its second season! The 13 one-on-one battles between representatives of gods and humans across the entire world for the survival of humanity begin once more! Blood flows and fists fly in these intense battles of strong convictions!