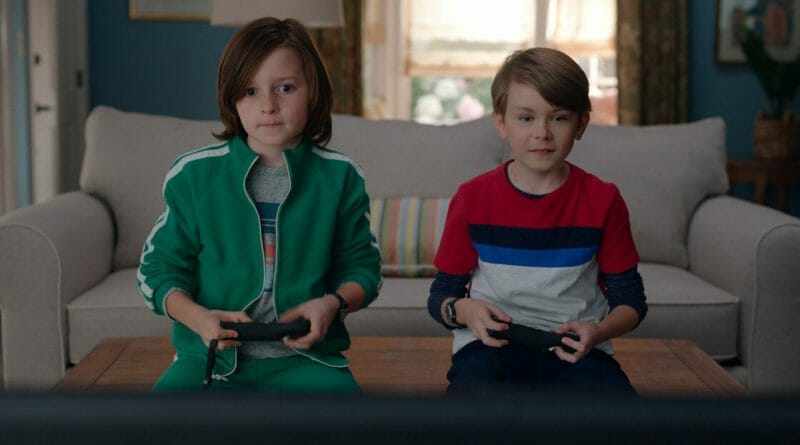 A thrilling TV spot and official poster for Marvel Studios’ “Doctor Strange in the Multiverse of Madness” were released today, along with a fresh batch of accompanying posters from ScreenX, Dolby Cinemas, IMAX, and RealD 3D. Tickets for the film are now on sale for fans to be among the first to see Doctor Strange take on a dangerous, mind-bending journey through the Multiverse, which by the looks of this new tv spot, has truly succumbed to madness.

The biggest takeaway of this new tv spot is the confirmation that Wanda Maximoff’s twin boys, Billy and Tommy, who were last seen during the series finale of ‘WandaVision’ are indeed in this film and will see Julian Hilliard and Jett Klyne reprise their respective roles. In addition, we see what seems to be a variant of Wanda Maximoff approaching Billy and Tommy indicating that the final moments of ‘WandaVision’ ultimately do tie into this film after all.

While we wait to see what other variants we will see in Doctor Strange in the Multiverse of Madness, we do have official confirmation of the Illuminati and the return of Professor Charles Xavier played by Sir Patrick Stewart. However, we have yet to see who will round out the Illuminati team.

Rumors point to the likes of John Krasinski portraying a variant version of Reed Richards/Mister Fantastic, Balder the Brave most likey being portrayed by Bruce Campbell, Maria Rambeau as a variant of either Photon or Captain Marvel, and Tom Cruise as Superior Iron Man, a variant of Tony Stark, as the members who will round out the Illuminati team. This goes without saying, time will tell; as we are now just less than a month away from seeing this film on the big screen.

In Marvel Studios’ “Doctor Strange in the Multiverse of Madness,” the MCU unlocks the Multiverse and pushes its boundaries further than ever before. Journey into the unknown with Doctor Strange, who, with the help of mystical allies both old and new, traverses the mind-bending and dangerous alternate realities of the Multiverse to confront a mysterious new adversary.

The film is directed by Sam Raimi, and Kevin Feige is the producer. Louis D’Esposito, Victoria Alonso, Eric Hauserman Carroll, Scott Derrickson, and Jamie Christopher serve as executive producers. The screenplay was written by Michael Waldron.

Doctor Strange in the Multiverse of Madness hits theaters on May 6.