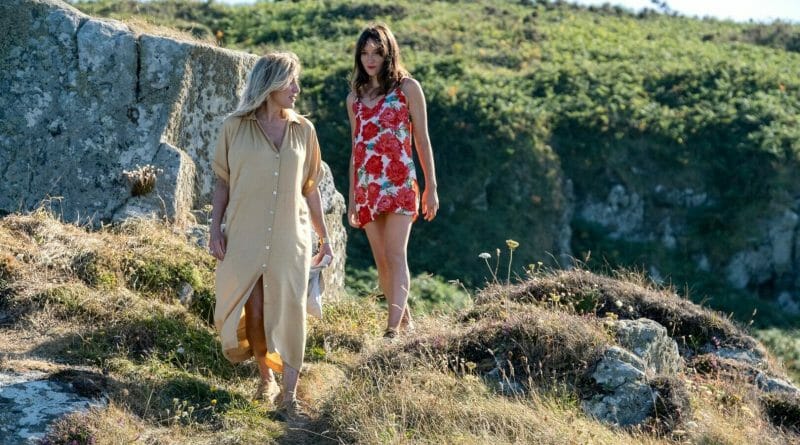 ‘Anais in Love’ Review: Death to Rom-coms! Long Live the Rom-com With Subtitles!

I am a huge foreign film buff and have long gotten over the usage of subtitles, though my French is not that bad. I sat and watched the French rom-com ‘Anais in Love’ starring Anais Demoustier, a seemingly manic, chronically late to everything, slightly narcissistic, early 30-something year old who’s looking for the unconditional love that both focuses on her and never bores her.

After starting an affair with a much older man, Daniel (Denis Podalydès) their openness regarding the other partners seemingly backfires on him as his conversations regarding his wife (Emillie) cause mild to major infatuation in Anais for his wife whom she’s never even met. Ultimately resulting in her falling in love with his wife, yes you read that right. She manages to fall in love with the wife of the man that she’s having an affair with.

A chance meeting in the city lights her soul afire as her infatuation is now full-on love at first sight. Emillie represents so many things she has never had but aspires for in a partner. She goes to great lengths to get a chance to be around her, only for Daniel to suddenly throw a wrench in her plans, causing all hell to break loose.

Anais plays this character perfectly as a human embodiment of the bull in the china shop who happens to fall in love with the very plates it breaks. She searches for love in ways that, in the real world, would probably have some serious consequences but not in this French rom-com, which makes those decisions and her, for better or for worse, endearing.

Despite the cacophony of issues that she either causes or disregards, whether it be someone’s feeling, an unfinished thesis, or a pregnancy, I found myself rooting for her only because when she finds love, everybody around her will more than likely is much better off or safer, her included. That is next-level writing from Charline Bourgeois-Tacquet who also directs this beautifully shot film that does justice to the cities and countryside that make France what it is.

With each shot of Anais and Emillie, thanks to outstanding camera work from Noe Bach, the heat and chemistry, are already on full display. Friendship isn’t enough as the budding bisexual relationship that has not so subtlety been hinted at throughout culminates in physicality and sensuality that rom-coms are truly tailor-made for but rarely achieve.

This love, this romance, change her into a better person for everyone around her but more importantly herself. ‘Anais in Love’ is easily one of the best rom-coms I have seen in years. I implore people to read your subtitles and watch the film, I promise you won’t regret it.