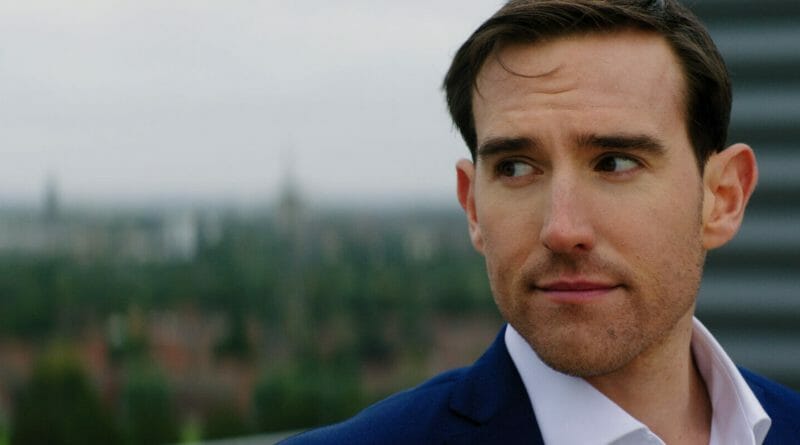 
In this exclusive interview with The Nerdy Basement, actor/writer Sam Benjamin discusses his latest film The Pay Day, The Snyder Cut, Batman, and More!

Many of you may know of Sam Benjamin, a British actor who made massive waves and headlines all throughout the #ReleaseTheSnyderCut campaign as fans heavily theorized that Benjamin would be the new live-action iteration of Hal Jordan/Green Lantern in Zack Snyder’s Justice League. Sam, in a rather smart move, used all of this traction to get more eyes on himself as an upcoming actor, making the rounds and participating in a number of interviews regarding this speculated Green Lantern role.

Although that dream role for Sam Benjamin did not come to fruition, that hasn’t stopped the actor/writer from pushing forward and starring in a number of tv projects and even writing his own films like Vertical Entertainment released, “The Pay Day” which he wrote alongside Kyla Frye.

In this exclusive interview with The Nerdy Basement, Sam Benjamin discusses the process behind creating “The Pay Day”, his long working relationship with Kyla Frye, the obvious elephant in the room, The Snyder Cut/Zack Snyder’s Justice League, Hal Jordan, his favorite Batman and in vain of his latest film, his favorite 007 films. Check out the interview below and make sure to watch “The Pay Day” on Prime Video, Vudu, YouTube, Google Play, and AppleTV.

Set in a post-pandemic world, THE PAY DAY follows a broke and frustrated IT technician (Kyla Frye) who is charged by a crime boss (Simon Callow) to embark on a one-woman heist to steal valuable data worth millions on the black market. As if the dangerous pitfalls of her mission weren’t enough, the sting gets more complicated when a charming con artist (Sam Benjamin) interrupts her mission attempting to swipe the loot for himself.