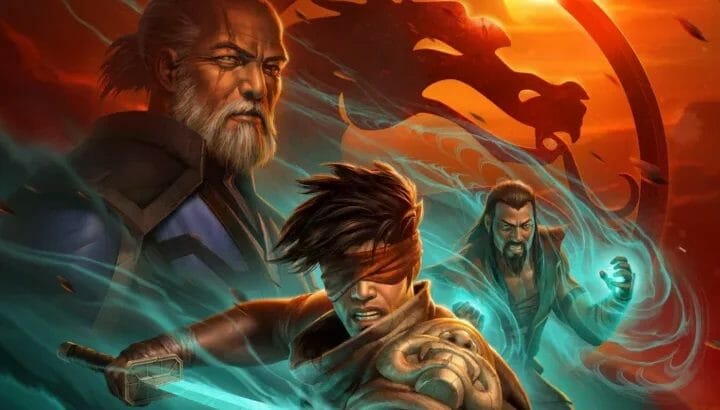 Mortal Kombat Legends has been delivering to fans what can be considered the quintessential trilogy of Mortal Kombat films, even if they are animated. Warner Bors. Animation brought Mortal Kombat Legends: Snow Blind to NYCC 2022 (New York Comic Con) and treated fans to a special look at the film at a dedicated panel which featured stars Courtenay Taylor (Kira), Ron Yuan (Kuai Liang/Sub-Zero), along with the film’s producer and director Rick Ramos, and the film’s writer Jeremy Adams.

We had the pleasure of catching Mortal Kombat Legends: Snow Blind (prior to NYCC) and interviewing the talents behind the film while covering NYCC ahead of the film’s official digital and physical release. Chatting with Courtenay Taylor who voices Kira, we learned about her approach to the character and how she brought her own unique take to Kira, a character who in the in-game universe does not have much lore to go off of or draw inspiration from.

Chatting with Ron Yuan who voices Bi Han’s brother Kuai Liang and the succeeding Sub-Zero; we dive into what makes a character like Sub-Zero stand the test of time and reflect on Kuai Liang’s honor in the film; something that he as a real-life martial artist can personally relate to.

Next, we talk to Rick Morales who has a spectacular resume over at Warner Bros. Animation. With Rick, we dive into his transition from the producer of these Mortal Kombat Legends films to director of the latest installment. Where he would like to see Mortal Kombat Legends go next, the boundaries he was able to push while creating the film [Mortal Kombat Legends] Snow Blind, and if and when we will get Shaggy as an official Mortal Kombat tournament participant. We may need to ask Ed Boon about this instead but figured we’d ask Rick Morales as well. Ed if you’re somehow seeing this hit us up on Twitter with an answer!

We Cap things off with the writer of these Mortal Kombat Legends films, Jeremy Adams. Having written all three of these films, we ask Adams what is the most difficult aspect of adapting a video game into a film, whether live-action or animated. We briefly touch upon the business side of the industry and how content piracy truly affects whether a film succeeds or not (outside of a good story, of course).

We even agree on how we need more stories outside of Batman. Yes, we know, it has nothing to do with Mortal Kombat but hey, Jeremy is as much a fan as we are. He wants to tell good stories and from a fan perspective, he wants to see good ones be told as well.