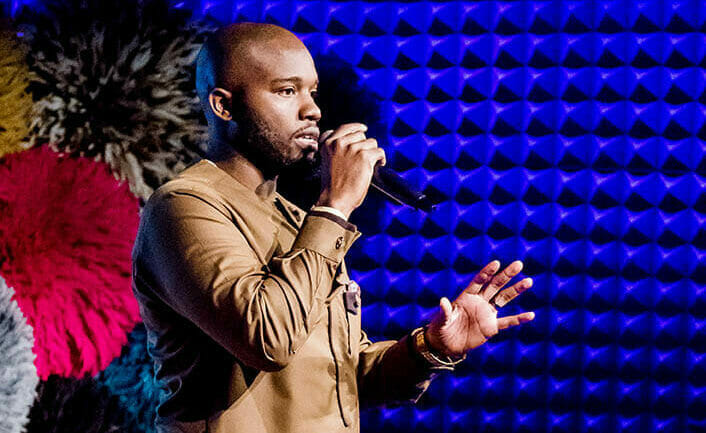 We also discuss what new voices and visionaries for diversified heroes will mean for the future of comic books and their community. How he has contributed to the Milestone Initiative through his deal with Warner Brothers. And why sharing these stories of Afrofuturism through the lens of African culture can be so impactful on the global audience.

Born in Nigeria, Roye Okupe is the author of several interconnected projects set in his Afrocentric YouNeek YouNiverse. He has recently been featured in the GeekVibesNation Podcast, The Washington Post, NPR, and more!

In 1993, four Black creators founded Milestone Comics: a new universe of Black and diverse superheroes, brought to life by Black creators and other artists of color. The debut of Milestone and its heroes represented a seismic change in comic books—and its impact continues to be felt with DC’s relaunch of Milestone Comics under The Milestone Initiative. Milestone didn’t just change how heroes looked; it built a pipeline for talent who had been excluded and marginalized for too long, and a system in which Black creativity could thrive.

Okupe is an award-winning filmmaker, screenwriter, author, and founder of YouNeek Studios. In 2021, YouNeek landed a 10-book publishing deal through Dark Horse Comics to create an original line of Superhero and Fantasy stories. From this line, his title IYANU: CHILD OF WONDER was recently greenlit as an animated series at HBO Max/Cartoon Network, with LionForge Animation producing and Roye serving as EP, Director, and Co-Creator.

Roye’s accolades include being #5 on Ventures Africa’s list of 40 African innovators to watch (2016) as well as being part of NewAfrican Magazines’ 100 most influential Africans two years in a row (2016 & 2017). Most significantly, in 2021, Roye was nominated for the Dwayne McDuffie Award for Diversity in Comics, meant to honor “commitment to excellence and inclusion.”

Watch Our Full Interview With Roye Okupe Below: