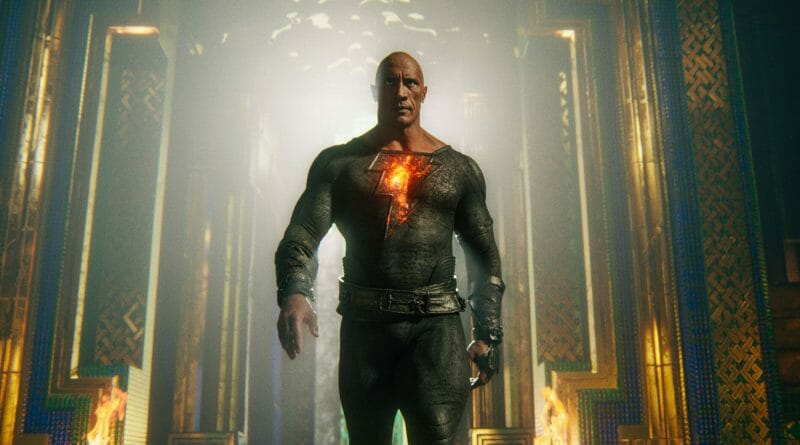 ‘Black Adam’ Advanced Screening In NYC With The Nerdy Basement


Will Black Adam, born out of rage, destroy the world…or be its savior?

Black Adam is ready to change the hierarchy of power in the DCEU with its release next week on October 21. Leading star Dwayne ‘The Rock’ Johnson and his supporting cast members have been on a global press tour to promote the film’s release and its next stop is this week, October 12 in the city that never sleeps, New York City. The Nerdy Basement has teamed up with Warner Bros. Pictures to provide our readers and followers with the chance to see the film a week early.

If you caught our social media posts and saw this announcement, just know that tickets are going FAST! But we are happy to announce that we have been provided upwards of 100 additional tickets for our readers and followers to attend this massive event. Every ticket claimed by our readers/followers will admit them and a guest to this screening with concessions being provided to all attendees.

Tickets are on a first come first serve basis so make sure you claim your spot right away using the link here and listed below.

The world needed a hero… It got Black Adam

From New Line Cinema, Dwayne Johnson stars in the action-adventure “Black Adam.” The first-ever feature film to explore the story of the DC Super Hero comes to the big screen under the direction of Jaume Collet-Serra (“Jungle Cruise”).

Nearly 5,000 years after he was bestowed with the almighty powers of the ancient gods—and imprisoned just as quickly—Black Adam (Johnson) is freed from his earthly tomb, ready to unleash his unique form of justice on the modern world.

Johnson stars alongside Aldis Hodge (“City on a Hill,” “One Night in Miami”) as Hawkman, Noah Centineo (“To All the Boys I’ve Loved Before”) as Atom Smasher, Sarah Shahi (“Sex/Life,” “Rush Hour 3”) as Adrianna, Marwan Kenzari (“Murder on the Orient Express,” “The Mummy”) as Ishmael, Quintessa Swindell (“Voyagers,” “Trinkets”) as Cyclone, Bodhi Sabongui (“A Million Little Things”) as Amon, and Pierce Brosnan (the “Mamma Mia!” and James Bond franchises) as Dr. Fate.

‘Black Adam’ smashes into theaters and IMAX internationally on Oct. 19 and in North America on Oct. 21!