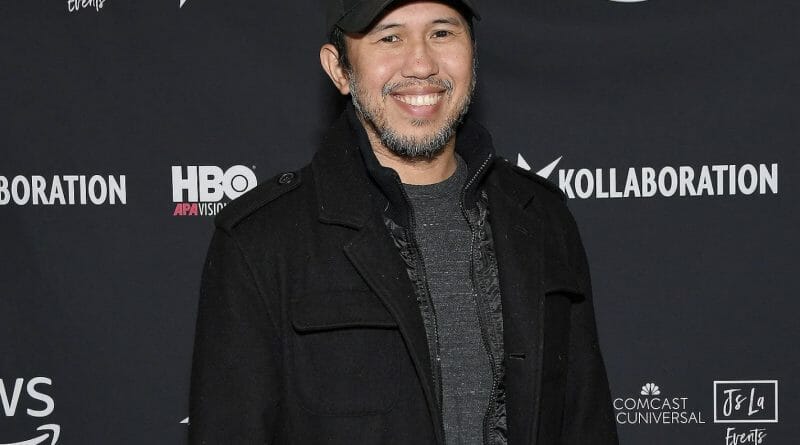 It’s been nearly a month since we collectively embarked on a journey of mourning and grief to witness the highly anticipated sequel to “Black Panther”. A film that mourned, celebrated and honored the tragic passing of the late Chadwick Boseman who will forever live on as the T’Challa, King of Wakanda. After gathering our emotions and thoughts and putting them all together and expressing our sentiments in our video review of “Black Panther: Wakanda Forever”, we turned a cheerful eye to an artist who played a major role in bringing this film to life. That man is Former Marvel Studios Senior Visual Development Concept Artist Anthony Francisco.

Over the years, many Marvel fans have come to love and enjoy Anthony Francisco’s work over at Marvel Studios. A studio at which he spent nearly a decade creating and crafting some of the MCU characters we have come to love and enjoy seeing on both the big and small screen today. Designing characters like Baby Groot as seen in “Guardians of the Galaxy Vol. 2”, to Loki in “Thor: Ragnarok” and “Loki”, to even designing the Dora Milaje in the first “Black Panther” film. A design that was still used in “Wakanda Forever”.

Although Anthony Francisco’s tenure at Marvel Studios has come to an end. His work will continue to live on within the MCU. His latest character design was the now beloved antagonist of “Black Panther: Wakanda Forever”, Tenoch Huerta Mejia’s Namor. Although working as a collective team, Francisco’s key component in Namor’s design has become the MCU anti-villain’s most memorable piece of gear in the film, his Vibranium-covered necklace which also serves as a partial chest piece for the God of Talokan.

We recently spoke to Anthony Francisco about the inspirations behind Namor’s design and how he worked alongside “Black Panther: Wakanda Forever” director Ryan Coogler to find the perfect look and feel for Namor all the while keeping it historically accurate to the Mayans and indigenous people of Mesoamerica. While we shed a lot of light on Francisco’s work at Marvel Studios.

Our curiosity needed to be itched and we wanted to know why Francisco walked away from Marvel Studios at what many were considering the peak of his career at the multi-billion dollar film studio. The answer may shock many, although it is an answer that we feel many may relate to; Anthony feels the same way. It’s a powerful answer and one that is awe-inspiring, especially for aspiring BIPOC creators.

During our chat with Anthony, we also discuss his new passion project Creature Chronicles. His new creative venture with Dolphin Entertainment. Anthony does a full deep dive into what this passion project is, what it entails for not just him and his partners, and the artists working under him but also the fans who are given the opportunity to embark on the creative journey alongside him, full details on Creature Chronicles can be seen in the video below.

Circling back to Anthony Francisco’s upcoming projects at Marvel Studios we discuss his minor work on “She-Hulk: Attorney At Law”, the upcoming “Ant-Man and The Wasp: Quantumania” in which Francisco lent a great hand in designing the MCU’s version of M.O.D.O.K.; only to have him tease something MAJOR for his last MCU project, “Guardians of the Galaxy Vol. 3”.

“Fans will be pleased with Adam Warlock,” teases Anthony Francisco while not giving too much away about Warlock’s MCU design or how accurate his look will be to his comic book counterpart (at the time of the writing on this article, the official trailer for GOTG Vol. 3 had no been released.) The same can be said about a surprise character he helped design which will make its MCU debut in Guardians 3. As with any other Marvel Studios talent, Anthony has been sworn to secrecy and he does a damn good job at keeping his mouth shut — we both knew that Kevin Feige was listening in on this interview in one way or another.

Needless to say, Anthony Franciso has built a neverending legacy for himself over at Marvel Studios with designs that will stand the test of time and live on for generations. Please check out the full interview below and let us know your thoughts on all of the inner workings and details Anthony Francisco provided us as we took a peek inside Marvel Studios through his lenses.

“Black Panther: Wakanda Forever” is now playing in theaters. As mentioned above Anthony’s M.O.D.O.K. design will be seen in “Ant-Man and the Wasp: Quantumania” which hits theaters on February 17, 2023, and his final MCU film, “Guardians of the Galaxy Vol. 3” arrives in theaters on May 5, 2023.