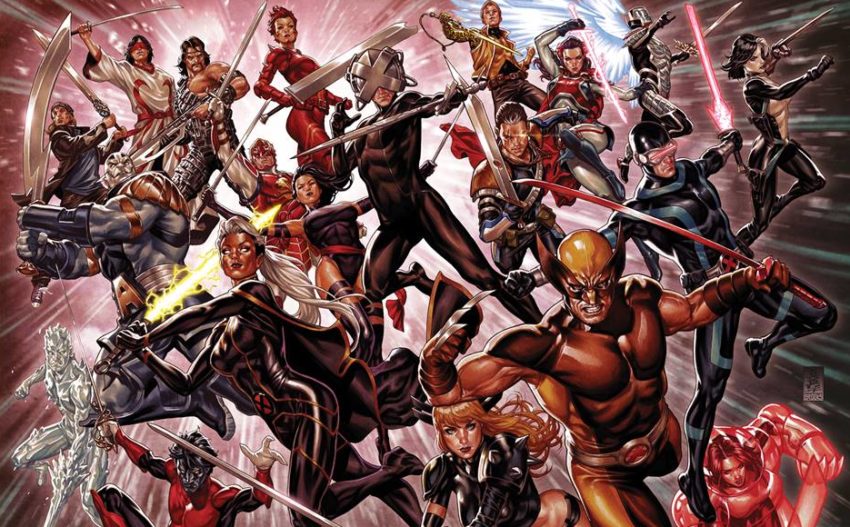 Jonathan Hickman and all your favorite current X-Men writers bring you X OF SWORDS!

Mutant Massacre. Age of Apocalypse. Messiah Complex. Some of the most iconic X-Men stories ever told have been realized as large-scale crossovers. This longstanding tradition continues this summer with X OF SWORDS.

Just announced to an enthusiastic crowd of X-Men fans at the X-Men Panel at C2E2, X OF SWORDS will be a 15-part crossover tying into your favorite X-Titles and led by Head of X Jonathan Hickman. In this sprawling saga, the new mutant nation of Krakoa faces its biggest challenge yet. Threatened by powerful forces from the unknown, ten mutants will rise up to defend their home. Arming themselves with legendary blades, both new and familiar ones from Marvel history, mutantkind will finally meet its mystical destiny. Impacting the entire X-Men franchise and setting the stage for the future of mutantkind, X OF SWORDS will be a modern X-Men epic that both longtime and new X-Men fans dare not miss.

“One of the cool things we are able to do now, because we’ve established the X-line and really know where we’re going, is that we’re able to try some different things out,” said Hickman. “X of Swords will be an old school crossover that meanders through the entire line. It’s almost like chapters of a story.”

Last year, Jonathan Hickman reshaped the world of the X-Men with the top-selling House of X and Powers of X. Since then, the X-Men titles have become of the talk of the industry, each telling exhilarating stories set in this exciting new era. Don’t miss the next chapter in Hickman’s grand vision for Marvel’s mutants when X OF SWORDS kicks off in July!

POKEMON: MEWTWO STRIKES BACK EVOLUTION BRINGS BACK NOSTALGIA IN THE BEST WAY EVER! - (REVIEW) Previous post