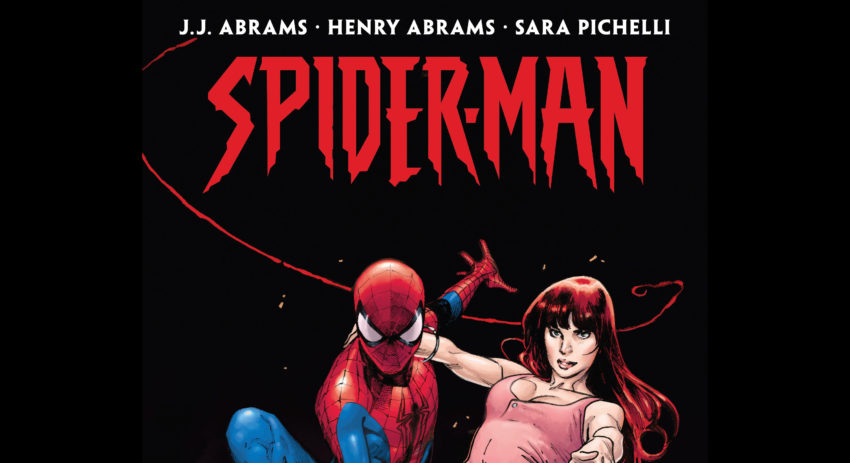 The renowned director, producer, and writer of amazing titles from Star Trek, Star Wars the Force Awakens, the tv show Lost, and many more. Has just made his debut into the comic world with this limited series of Spider Man! JJ Abrams and Henry Abrams (son) co-write this new tale of the amazing web crawler with the artistic talents of Sara Pichelli and cover artist Olivier Coipel. To be honest I was very interested that JJ Abrams was taken on this task, but had mix feelings to say the least. And heres why……

FIRST a NON-SPOILER REVIEW for anyone who has not read it yet. The story has a solid start in my opinion, its bringing a side of Peter Parker out that we have rarely seen in the comic books. He broken on so many more levels and he has a teenage son to add to his already damaged self. The story is worth the read and has much potential to become a great addition to the Spider Man mythos…. And with that being said on to SPOILERS!!!

Spider Man is an immensely popular character with also an immense mythos. He’s been the forefront of what a superhero should represent. Writing this character is no easy feat. Sure he has funny banter and great action sequences, but when you get to the core of the man thats when things can be tricky for any writer to capture.

The Abrams (yes thats how i shall refer to them moving on lol) start out with MJ finding a beaten bloodied Peter Parker/Spider Man in rubble of an ensuing battle. He is gravely injured and barely hanging on; while MJ is trying to convince him to run to fight another day. A new enemy makes his debut Cadaverous!? We will get back to him later. The new foe has SpiderMan outmatched with an army at his disposal that quickly overtakes him.

And just to make matters even worse MJ is in the crossfire… and the unthinkable happens. MJ is taken from us 🙁 …. This is where I would normally say “we RIOT!!!”… BUT not this time lol. This is a beginning to a story dynamic we rarely see. (Plus its a limited series, that isn’t canon. Multiverse people!)

Still regardless if this were canon or not. Seeing MJ losing her life hurts way too much to make you even want to continue this story… but thats the job Im here to do for you. This brings a new dynamic to Peter Parker we’ve yet to see. Because on the next panel we see that he and MJ had a child together, Ben Parker. And now he is motherless.

Fast forward 12 years and things have changed greatly. We find young Ben Parker heading to school and seems to be pretty independent, even making breakfast for someone else. But its not long that we see some similar qualities inherited from his parents. He quickly stands up for someone who is in need of help from a bully. But instead of the typical Peter Parker style of diffusing the situation, we see a fiery rebuttal that is definitely from his moms side. His choice puts him in trouble with the school and we now get to see Peter Parker. Peter’s battle with Cadaverous are clear, loss of his arm was only the most apparent scar. His failure to save the love of his life shows it broke him on a mental level and created a void in the relationship with his son. The two are not in sync at all; Peter now full time reporter has been absent in his sons life with traveling on assignment. Apparently more then he should we learn from Aunt May later on. Seeing Peter in this manner truly goes against his character. Cadaverous succeeded where no villain in Spider Mans rogues gallery ever has… he broke his spirit.

And lets just quickly bring up this guys cameo. In a very creepy lair he’s totally up to some nefarious deeds. With a panel showing someone in what only one can guess as a birthing tube. So we know this is not the end of Cadaverous. And will soon come back to finish off Spider Man.

Now back to Ben… it wouldn’t be a Spider Man offspring without it being a night of discovery. Ben now learns he as well received spider powers as his power has. Not having any clue why or how though. He clearly is freaked out by hanging from the ceiling. Which any sane individual would be wary of. But not Aunt May. This woman knows a thing or two about raising boys with super powers lol. To then tell Ben theres things he needs to learn about his family.

Young Ben Parker heads to the attic to find a box of his parents belongings. While he begins to see old memories of the past, he now discovers his father was once a HERO…

The story is shaping into a tale of redemption in my opinion. It has so many roads it can take. Ben becoming Spider Man to find his mothers killer, Peter learning about his son while mentoring him into the role. Or even something completely different. We wont know unless we give the title a chance. Im liking the direction its going, could become a fun Spider-Father and Spider-Son team-up!

Hope you all enjoyed the review. Dont forget to comment and let me know your thoughts!