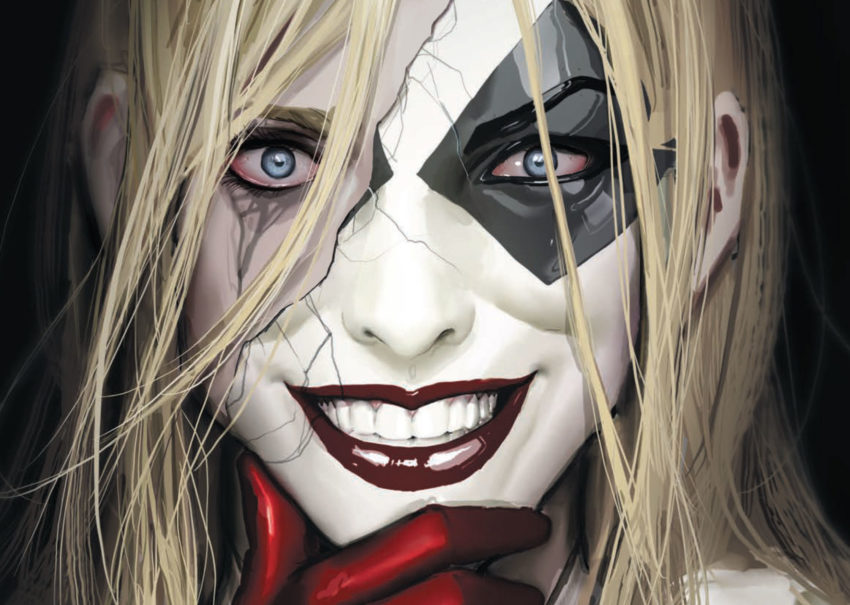 The New York Times has released its March 15 list of best-selling books and DC is proud to announce that Harleen has made the prestigious New York Times best-seller list in the Graphic Books and Manga category.

Described by CBR as “A haunting modernization of a classic tale…” and AiPT.com praising the series as “…a masterpiece of a Harley Quinn Story” this hardcover collects writer/artist Stjepan Sejic’s three-issue series, reimagining Dr. Harleen Quinzel’s descent into madness and transformation into Harley Quinn, including her seductively dangerous romance with The Joker.

The collected edition also includes a variant cover gallery, a graphic timeline of the making of Harleen, and a look at the original script outline alongside the corresponding pages. Harleen carries DC’s Black Label content descriptor (for mature readers Ages 17+) and is available everywhere books are sold for $29.99.

For more information on Harleen and the World’s Greatest Super Heroes, visit the DC website at www.dccomics.com, the DC YouTube channel or follow on social media @DCComics and @thedcnation.

FRIENDS FOR A NEW GENERATION - 'GETTING IT TOGETHER' ARRIVES THIS JUNE! Previous post