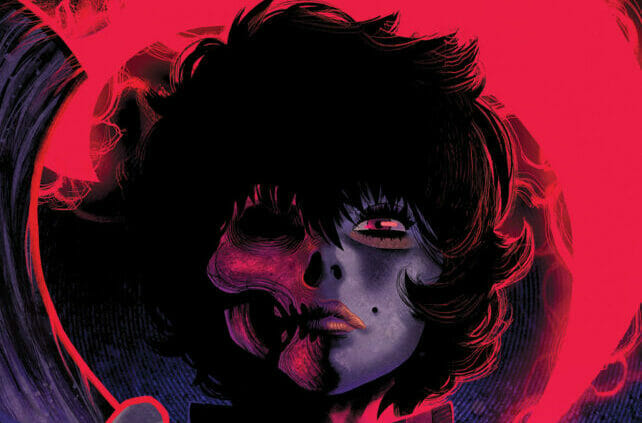 Grim #1 First Look – Death is Only the Beginning

BOOM! Studios revealed the first look at GRIM #1, the premiere issue of the new ongoing comic book series from acclaimed writer Stephanie Phillips (Harley Quinn, Wonder Woman), fan-favorite artist Flaviano (New Mutants), colorist Rico Renzi (Spider-Gwen), and letterer Tom Napolitano (The Joker), with a story about a young woman with a macabre job and a mysterious death to solve . . . her own! Available May 2022.

Jessica Harrow is dead. But her journey has only just begun! Discover the world of the afterlife, where Jessica has been recruited as a Reaper, tasked with ferrying countless souls to their final destination. But unlike the rest of the Reapers, she has no memory of what killed her and put her into this predicament. In order to unravel the mystery of her own demise, she’ll have to solve an even bigger one – where is the actual GRIM REAPER?

Print copies of GRIM #1 will be available for sale on May 11, 2022, exclusively at local comic book shops (use comicshoplocator.com to find the nearest one) or at the BOOM! Studios webstore. Digital copies can be purchased from content providers, including ComiXology, iBooks, Google Play, and Kindle.