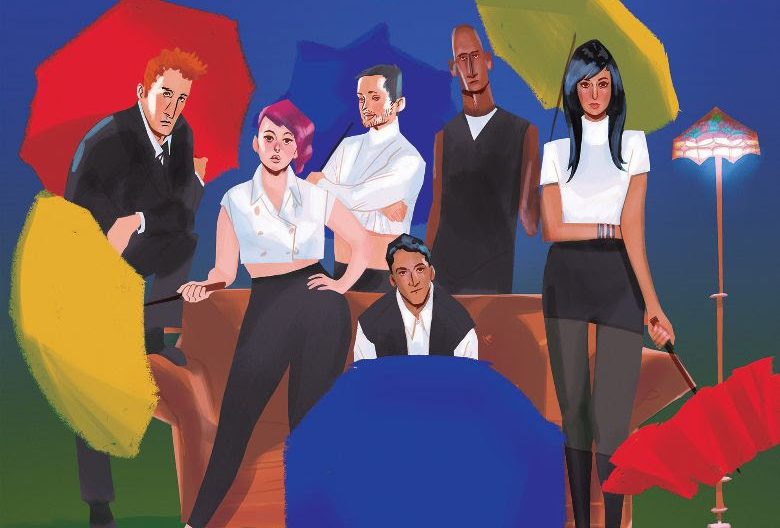 Home Comics FRIENDS FOR A NEW GENERATION – ‘GETTING IT TOGETHER’ ARRIVES THIS JUNE!
Comics

FRIENDS FOR A NEW GENERATION – ‘GETTING IT TOGETHER’ ARRIVES THIS JUNE!

FRIENDS FOR A NEW GENERATION—GETTING IT TOGETHER—UPDATES TWENTY-SOMETHING DRAMEDY GENRE WITH DEPTH, DIVERSE CHARACTERS THIS JUNE

“Getting It Together came from Omar and I wanting to show how modern friendships survive in the era of open relationships, online dating, mental health awareness, and so on,” Grace told The Hollywood Reporter in their exclusive scoop of the announcement. “The struggle is real for Lauren, Jack, Sam, and Annie. I couldn’t be luckier to make this book with my IRL friends Jenny, Shaun, and Omar.”

“To me, this book is about personal growth,” Spahi added when talking to THR. “We put a lot of ourselves in this project, and we explore a lot of things you don’t see people talk about in comics, because just like everyone else, we’re all in the process of getting it together.”

A fresh, updated spin on twenty-something, found-family dramedies like Friends, Getting It Together follows best friends Sam and Jack. Sam is dating Lauren—Jack’s indie rocker sister and roommate—and when Sam and Lauren open up their long-term relationship, skyrocketing tensions send social shockwaves through their friend group and the entire Bay Area. And Jack, caught in the middle of it all, may be forced to take sides in a conflict he never wanted to be a part of. Life gets pretty messy when you’re in your ’20s and your friends are your family.

Fine said also to THR: “I’ve never felt so supported as an artist, and I’m excited—and a little terrified—to share it with the world,” said Fine in the coverage.

The perfect new series for fans of Laura Dean Keeps Breaking Up with Me, Getting It Together #1 will be available at comic book shops on Wednesday, June 10.

Getting It Together #1 will also be available for purchase across many digital platforms, including the official Image Comics iOS app, Amazon Kindle, Apple Books, comiXology, and Google Play.