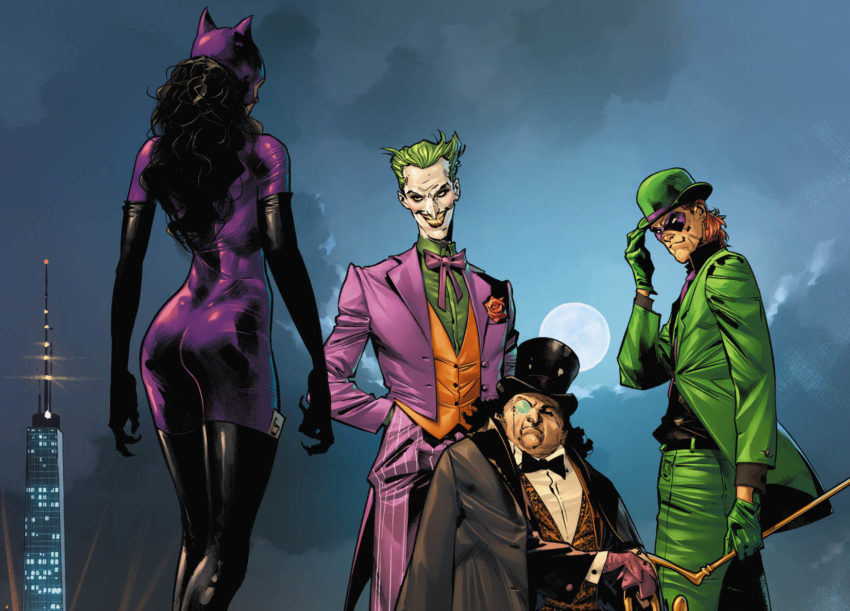 A SECOND PRINTING FOR BATMAN #90, AHEAD OF ON-SALE!

“Their Dark Designs” Part 5 A Runaway Hit with Fans,

As The Joker and The Designer Meet for the First Time

Batman #90 has sold out ahead of its March 4 on-sale date and is rushing back to press for a second printing! This marks the second straight pre-on sale sellout for the series, following Punchline’s debut in Batman #89.

Batman #90 Second Printing reprints part five of “Their Dark Designs,” written by James Tynion IV and illustrated by Jorge Jimenez and Tomeu Morey. This issue is a special flashback to the early days of the Designer’s plan and will arrive in stores with a recolored version of its original cover by Jimenez.

Batman #90 shows how the Designer started pulling the strings of Gotham City’s greatest criminal minds: The Joker, Catwoman, the Riddler, and Penguin. Along with Jimenez’s take on the classic versions of those villains, the issue also includes the artist’s depictions of modern-day Batman and Catwoman, plus Harley Quinn.

Also coming up in Batman: Punchline’s next appearance, set for Batman #92, on sale April 1, 2020, featuring a stunning portrait variant cover of The Joker’s new partner in crime by Stanley “Artgerm” Lau.

The second printing of Batman #90 is available at local comic book shops on Wednesday, March 25, 2020. For more information on the World’s Greatest Super Heroes, visit the website at www.dccomics.com, the DC YouTube channel or follow on social media @DCComics and @thedcnation.