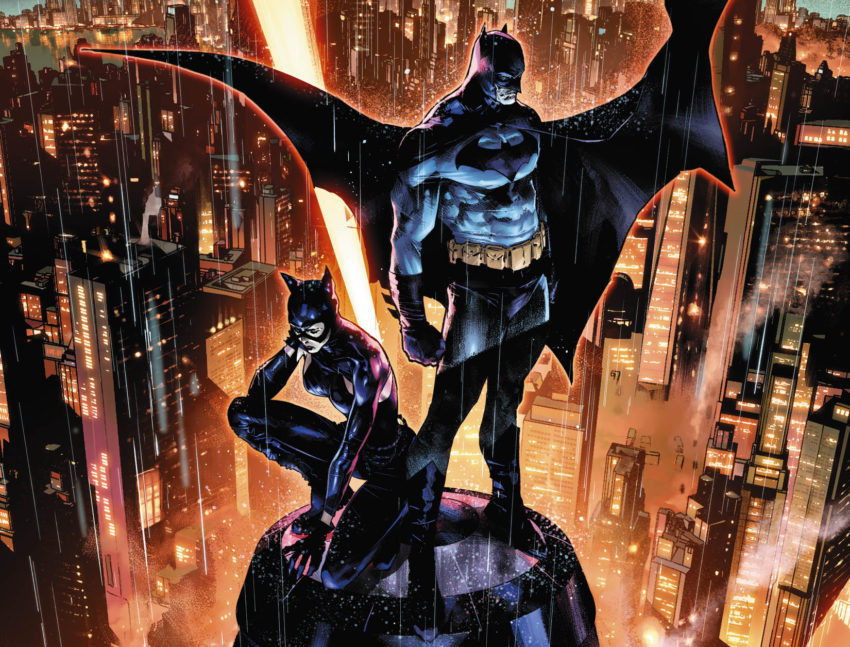 Happy New Comic Book Day fellow readers, to add even more flair to your already exciting day we bring you a first look at DC Comic’s Batman #90. Which will welcome artist Jorge Jimenez into Gotham City!

In the latest chapter of “Their Dark Designs,” the mysterious master criminal known only as the Designer once brought together Gotham City’s greatest criminals to plot the perfect crime, and now his plan has been unleashed upon the city in all its might. Batman will go to any length to uncover the grand design, but Catwoman is the one who holds the greatest secret. If Batman wins against the Designer, he will lose everything!

Check out Jiménez’s interior inks for Batman #90—featuring Harley Quinn, Catwoman, the Designer, the Joker, Riddler, and Penguin—next to Morey’s colors, to see what’s coming up soon for Batman!

I’m not sure about you guys but I’ve been longing for Jorge Jimenez to jump on a Batman title outside of Justice League. His style and art just adds an extra layer of pizzaz to the story he is illustrating and you cannot help to just stare in amazement!

STARGIRL: SOLOMON GRUNDY CONFIRMED TO BE ONE OF THE SHOW'S BIG BADS Next post