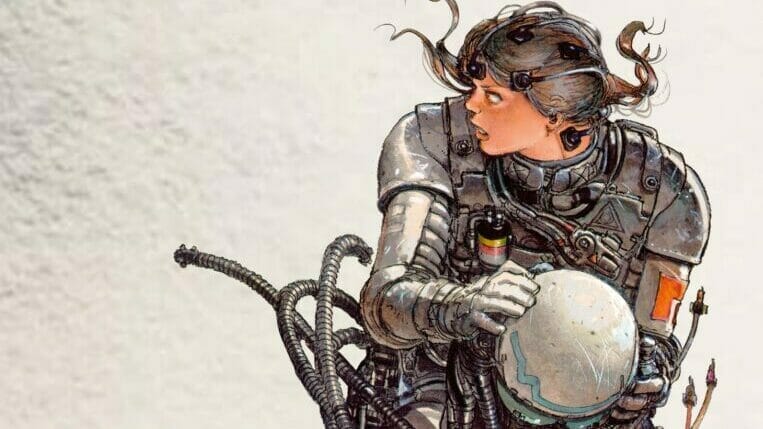 On April 2, 2020, comics lost one of its most celebrated and talented artists to the pandemic. His extremely detailed work, particularly his renditions of technology, influenced countless artists that followed him, both in North America and across Europe. In 1992, Giménez and writer Alejandro Jodorowsky began work on The Metabarons, a science fiction saga epic grandeur. It remains one of the true graphic novel classics of the genre. On his own, Giménez created, among other works, THE FOURTH POWER, the legendary space opera that further cemented his reputation as one of the masters of comics art.

This summer Humanoids will publish THE DELUXE GIMENEZ, a special hardcover edition collecting two of the great works by The Metabarons co-creator Juan Gimenez. This hardcover collection will include an all-new introduction by legendary artist Bill Sienkiewicz and two works by Gimenez: THE FOURTH POWER, an elegant space opera about the odyssey of star soldier Exether Mega who discovers she’s at the center of a complex, secret experiment to create the ultimate weapon of war; and the wild, intergalactic romp THE STARR CONSPIRACY, which follows an aspiring young journalist on a wild goose chase to uncover the conspiratorial scoop of the century.

“I closely collaborated with Juan Giménez for ten years and together, we created The Metabarons saga,” said Alejandro Jodorowsky. “What facilitated my task as we offered him to work on the complex world of the Metabarons was that he already embodied the immortal No-Name, the last Metabaron. In my unconscious, Juan Giménez cannot die. He will continue on, drawing like the master warrior that he was.”

THE DELUXE GIMENEZ will be available in stores on July 12, 2022.