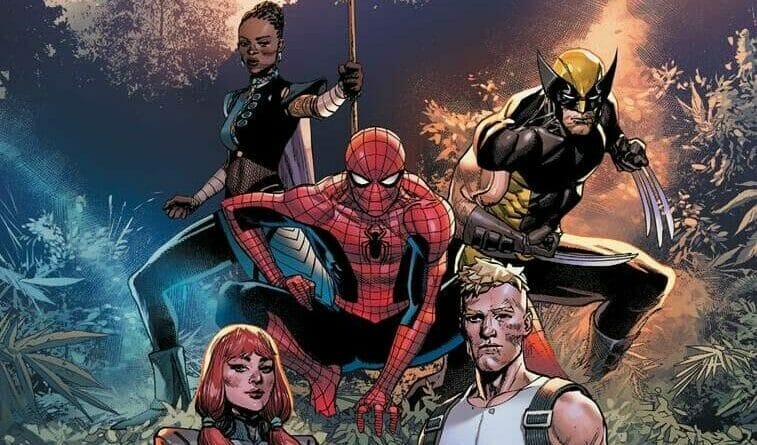 
The FORTNITE X MARVEL: ZERO WAR HARDCOVER, collecting every best-selling issue of the hit series that saw the Marvel Universe collide with the video game phenomenon Fortnite, is available now!

This past year, comic fans witnessed a blockbuster crossover event between the video game phenomenon Fortnite and the Marvel Comics universe in FORTNITE X MARVEL: ZERO WAR! The five-issue limited series, written by Epic Games’ Chief Creative Officer Donald Mustard and veteran Marvel writer Christos Gage and drawn by artist Sergio Davila, was a mega hit packed with enormous ramifications for both universes! Now, readers can experience the series in an all-new hardcover format! Those who purchase the hardcover will also receive a download code for all six of the Fortnite in-game cosmetic items that were available to those who picked up first-print editions of the comic series.

The redeemable code will unlock the following in-game items in Fortnite:

The inhabitants of the ultimate battleground, the Island, are locked in a never-ending war — and only one thing has the potential to turn the tide: a crystallized fragment of the Zero Point that was cast into the Marvel Universe! Spider-Man, Wolverine, and Shuri team up with several Fortnite fighters to hunt down the elusive Zero Shard. But as the search extends from Wakanda to the Savage Land and beyond, can they find it in time to avert catastrophe? Heroes from both realities enlist in the struggle against the Imagined Order — but do they have a fighting chance of avoiding doom when Marvel’s most dangerous villain sets his sights on the Shard?

Check with your local comic shop for availability and enjoy one of the biggest comic sagas of 2022 with the all-new FORTNITE X MARVEL: ZERO WAR HARDCOVER!

*Links provided are affiliate links, purchasing this hardcover through our unique link can help us earn a small commission*