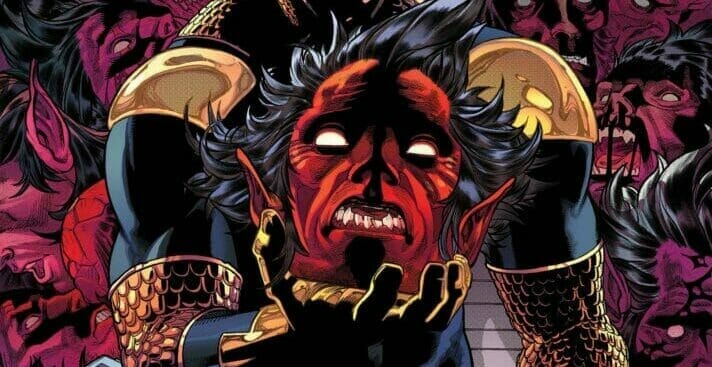 
The next installments of AVENGERS ASSEMBLE, the upcoming crossover between AVENGERS and AVENGERS FOREVER, and the epic finale to Jason Aaron’s run arrive in February 2023

Later this month, comic book fans will witness the opening battle of the greatest conflict in Avengers history in Jason Aaron’s Avengers Assemble Alpha #1. The one-shot is poised to launch a crossover saga between Jason Aaron’s Avengers and Avengers Forever comic book titles and serve as the conclusion to the visionary writer’s near five-year Avengers run. Prepare for war beyond all Imagination as Avengers Tower at Infinity’s End falls under assault by the ultimate forces of evil including the Multiversal Masters of Evil and Mephisto.

The Avengers that fans know and love will unite with heroes from the past, future, and far reaches of the multiverse to defend Avengers Tower and the fate of Marvel history as we know it. Can they work together? And will their power be enough to prevent the end of all that is? Read on to discover what February’s installments of Avengers Assemble will bring, including bold concepts that threaten to shatter the Avengers mythos and new players that will turn the tide of this incredible showdown.

In AVENGERS #65, learn the secrets of Avenger Prime, the most important Avenger in the Multiverse! He’s spent years manning a watchtower at the heart of all creation all by himself. Now his story can be told, as he suddenly finds himself no longer alone, but instead surrounded by an unbelievable gathering of heroes.

In AVENGERS FOREVER #14, behold the greatest gathering of Avengers in the history of ever! The mightiest heroes of the Multiverse. The protectors of the prehistoric Earth. And the mainstay Avengers of the present-day Marvel Universe. At last, they all stand together in one place, united against a common foe. What enemy could dare stand against the greatest force ever assembled? Here comes Doom the Living Planet with the answer.

Art and Cover by JAVIER GARRÓN