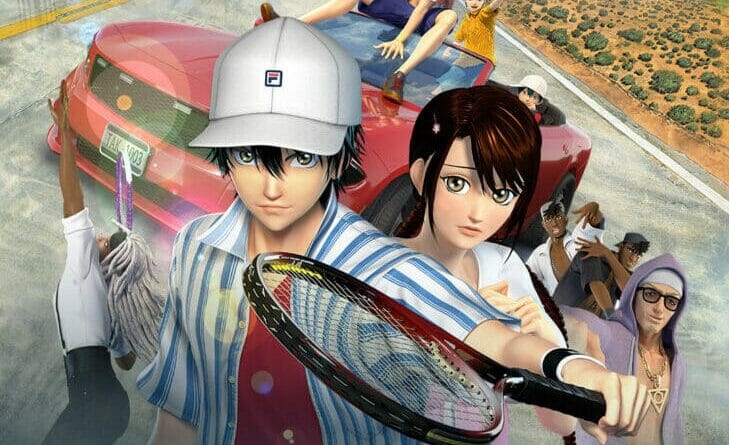 Tickets For ‘Ryoma! The Prince of Tennis’ Are Now on Sale

Iconic Events Releasing, a distribution company specializing in special engagement theatrical events, has announced that tickets are now on sale for nationwide screenings of RYOMA! THE PRINCE OF TENNIS, presented in partnership with anime distributor Eleven Arts, and Anime Expo®, the nation’s premier anime fan convention, for its inaugural AX Cinema Nights on May 12, 2022.
Eleven Arts have announced plans to release an original English dub of RYOMA! THE PRINCE OF TENNIS. Fans of the long-established franchise can watch both versions of the film (original Japanese audio with English subtitles and original English audio) at more than 250 participating theaters in cities across the U.S.

AX Cinema Nights is an in-person event series that will bring passionate fans together for immersive and unforgettable community experiences. Exclusive RYOMA! THE PRINCE OF  TENNIS <DECIDE> branded light sticks, imported from Japan, will be available for a limited time on the official Eleven Arts Store page (https://www.elevenarts.net/store/home) soon. The interactive light sticks allow fans and attendees to add their own personal touch and bring the movie’s memorable songs and music to life during the event. RYOMA! THE PRINCE OF TENNIS <DECIDE> will be in Canadian theaters at a later date. Details on ticket sales will be available soon.

The main English dub cast of RYOMA! THE PRINCE OF TENNIS features the talents of actors including Ry Mckeand (Udo in Attack on Titan The Final Season, Yuto Kosaku in Haikyu!!, Miya in Sk8 the Infinity) as Ryoma Echizen, David Wald (Hannes in Attack on Titan, Reiji Sakamaki in Diabolik Lovers, Keishin Ukai in Haikyu!!) as Nanjiro Echizen.

Based on the Japanese sports manga created by Takeshi Konomi, with more than 60 million copies sold over 22 years, RYOMA! THE PRINCE OF TENNIS is a new feature film about tennis prodigy Ryoma Echizen. Inspired by his tennis champion father, Ryoma is determined to take his game to the next level and train in the US.

But in the middle of an intense tennis battle to save his classmate Sakuno from dangerous villains, they somehow find themselves transported back to the past, just as Ryoma’s father is about to undertake his final championship match at the US Open – when he was mysteriously forced to retire. Sing, Dance, and Play along with the innovative 3D digital animation that brings the magnificent and colorful world of The Prince of Tennis to life on the big screen.

Tickets can be reserved at: https://princeoftennismovie.com. Please check the website for theatre locations and showtimes for both subbed and dubbed versions.