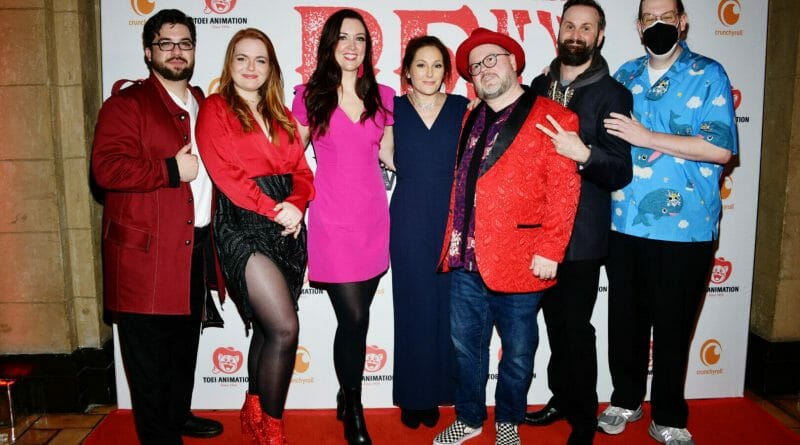 One Piece Film Red had its English Dub World this past Saturday, October 22, 2022, at the Animation is Film Festival at the TCL Chinese 6 Theater, serving as Animation is Film’s Centerpiece Film. In addition to the film’s premiere, a private reception took place immediately following the screening at Teddy’s at the Hollywood Roosevelt Hotel.

Take a look at the official event images from Saturday’s event, all courtesy of Getty Images, an official clip from the film, and the film’s official synopsis.

One Piece creator Eiichiro Oda serves as the executive producer of One Piece Film Red, which is directed by Goro Taniguchi (One Piece Defeat Him! The Pirate Ganzack! OVA) and written by Tsutomu Kuroiwa (One Piece Film: Gold)

Uta—the most beloved singer in the world whose voice has been described as “otherworldly”—is renowned for concealing her own identity when performing. Now, for the first time ever, she will reveal herself to the world at a live concert.

With the Navy watching closely, the venue fills with Uta’s fans—including excited pirates and the Straw Hats led by Luffy, who simply came to enjoy her sonorous performance—all eagerly awaiting the voice that the whole world has been waiting for to resound. The story begins with the shocking revelation that she is the enigmatic Shanks’ daughter.

‘One Piece Film Red’ arrives in theaters in North America on November 4, 2022.