Levius is coming to Netflix this winter as a Netflix Original Anime Series. An official teaser preview and key visual art has officially been released.

As society rises from the ashes of war, cybernetically augmented arena fighters battle for fame and fortune… or die trying. It’s the 19th century, and the world has entered the Era of Rebirth, recovering from the devastating flames of war. The sport of mechanical martial arts has galvanized the nations. Cybernetically augmented fighters turn their blood into steam and their bodies into brutal fighting—and killing—machines.

Cut through your destiny! In an age where devices are powered by steam, technology that fuses bodies to machinery makes cyber-boxing fights immensely popular. A young man named Levius is drawn into these fights through what can only be destiny, but his talents will be what determine his future.

Levius streams worldwide this winter, only on Netflix. 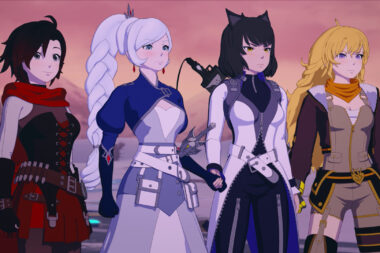