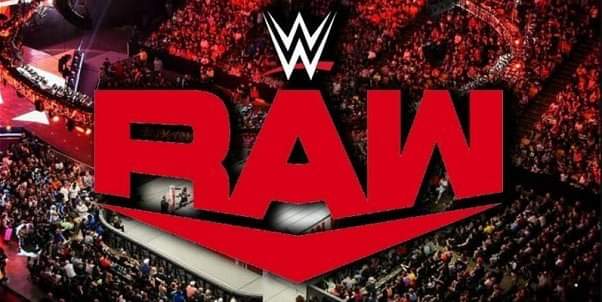 Before Raw Went On The Air:

The show opens with a welcome from the new commentary team – more like the return of the old commentary team: Todd Phillips, Byron Saxton and Jerry Lawler!

Segment: Drew McIntyre kicks things off as the winner of the 2020 Men’s Royal Rumble announces he will face Brock Lesnar for the WWE Title at Wrestlemania 36! He’s in such a good mood that he issues an Open Challenge. The OC (Karl Anderson and Luke Gallows) answer. Drew says he’ll face them both!

Match 1: Drew McIntyre defeats The OC in a handicap match!

Drew easily disposes of them both and celebrates. Brock Lesnar runs in, attacks and hits an F5 on Drew!

Match 2: Rey Mysterio defeats MVP with a 619-frog splash combo for the win!

After the match, Aleister says he blames himself for losing last night at the Rumble. He says from now on, he warns the roster that he will be bring the fight to them!

Back from commercial, a graphic shows that the main event for WrestleMania 36 is set: Brock Lesnar vs. Drew McIntyre for WWE Championship!

Segment: Seth Rollins and Buddy Murphy come out with their newly won tag titles to face Kevin Owens and Samoa Joe later on. Rollins says he wanted to repeat last night and win the Rumble and face Lesnar but came up short. He’s moving on and focusing on the tag titles with his new disciple, who he’s proud of. He berates Owens and Joe and calls them out. Owens and Joe come out and sense that it’s all a setup with AOP hiding somewhere only to ambush them. Rollins says he is not lying and takes offense. He tells them AOP is in the locker room and to prove it, he has production team show live footage of them. Owens thanks him for that info and as soon as he says that, The Viking Raiders storm the locker room and a huge brawl with AOP begins with dozens of referees and officials try to separate them!

Segment: Backstage, Charly Caruso is with Women’s champion, Becky Lynch. Becky says she has defeated everyone put in front of her and will be ready if Charlotte Flair chooses her to face a WrestleMania. She then shows off her new jacket, which reads “G.O.A.T” with a huge goat logo!

After the match, Humberto snaps and takes out his frustrations on Andrade by hitting him with his own finisher outside on the exposed concrete floor!

Segment: 2020 Women’s Royal Rumble Charlotte Flair comes out and cuts a promo saying she’s still considering who she will face at WrestleMania. The Kabuki Warriors (Asuka and Kairi Sane) interrupt. Asuka speaks angrily at her in Japanese, to which Charlotte asks, “Are you challenging me?” The Kabukis attack her setting up an impromtu match!

After the match, the Kabukis attack again, only for Charlotte to regain the upper hand and thwart them both. The Kabukis retreat.

Segment: The Street Profits (Ford and Dawkins) are backstage running down all the happenings of tonite’s RAW when they spot Royal Rumble surprise entrant and legend, Kelly Kelly, who is still in town hanging out. Ford and Dawkins invite her to hangout backstage and ask her if she wants the smoke! They start dancing with her!

Segment: In the ring, 24/7 Champion, Mojo Rawley, has signed Riddick Moss to be his bodyguard and issues an Open Challenge for his 24/7 Title. No Way Jose comes out with his Conga line and accepts.

After the match, a member from No Way Jose’s Conga line, enters the ring and rolls up Mojo and wins the 24/7 title! The member unmaskes and it’s R Truth, celebrating his 32nd reign! As he celebrates, Mojo and Moss beat down Truth. Mojo pins Truth to win back the 24/7 Title!

Up next, Lana vs. Liv Morgan! – with an announced stipulation for the match being that both Bobby Lashley and Rusev will be barred from ringside!

Match 8: Liv Morgan defeats Lana, in a quick match, catching her by surprise with a springboard DDT from the ropes!!!

Segment: Backstage, MVP is interviewed. Says he wrestled tonight and at the Royal Rumble for his son, who’s grown to love wrestling and is a huge fan. It was a treat for his son to see him wrestle his son’s hero, Rey Mysterio. He also saw his friend and former tag partner, Hall Of Famer Mark Henry, backstage and gave him a present for his son. He is grateful for the welcoming reaction of the fans and thanks them!

Segment: Adam ‘Edge’ Copeland returns to RAW and makes an appearance. He says the reactions he got last night, gave him goosebumps and returning tonight was amazing. The crowd chants “You still got it!” Edge says he got a second neck operation, and got in the best shape of his life so he can return home, to the WWE, to the ring and end his career on his terms like he wanted to. He knows he’s on borrowed time but hopes the fans can join him on his return journey together, to the delight of the crowd who kept chanting “Welcome Home!”. Randy Orton comes out and hugs Edge. He welcomes him back and tells him he is and was always family and friend. Randy says they had and will always have chemistry together, and asks Edge what does he think of getting team Rated RKO back together again? Before Edge answers, Randy says he was just kidding and hits Edge with a devastating RKO!!! He then attacks a semi-conscious Edge with the Con-Chair-To as the show goes off the air ▪