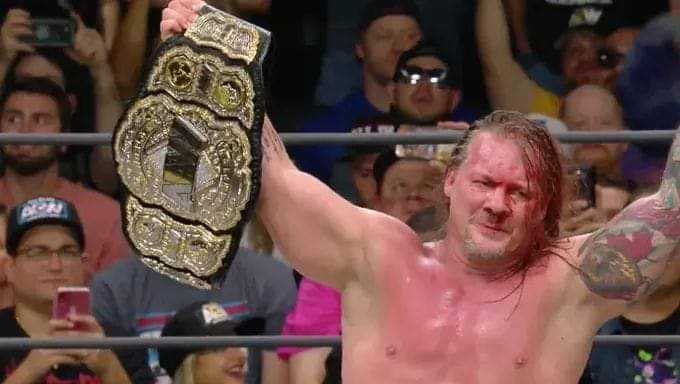 Newly crowned AEW Champion, Chris Jericho, has filed a police report stating that the championship belt has been stolen.

Reports have indicated that Jericho and AEW officials have been working with the Tallahassee Police Department, airport security and personnel as part of an ongoing investigation. The belt was apparently inside Jericho’s luggage.

Jericho recently was crowned the new AEW Championship this past weekend when he defeated “Hangman” Adam Jones at AEW’s “All Out” pay-per-view.

AEW Champion, Chris Jericho, cuts a promo live inside the jacuzzi from his palacial estate in which he promises to launch a “global investigation” in response to the stolen AEW championship belt.

AEW posted a screenshot from the Tallahassee Police Department’s Facebook page which announced (along with a photo) that the stolen AEW Championship has been recovered! However, if you go on the department’s Facebook page, there is no such post that exists – which may indicate that the post has since been deleted. More on this story as it continues to develop! 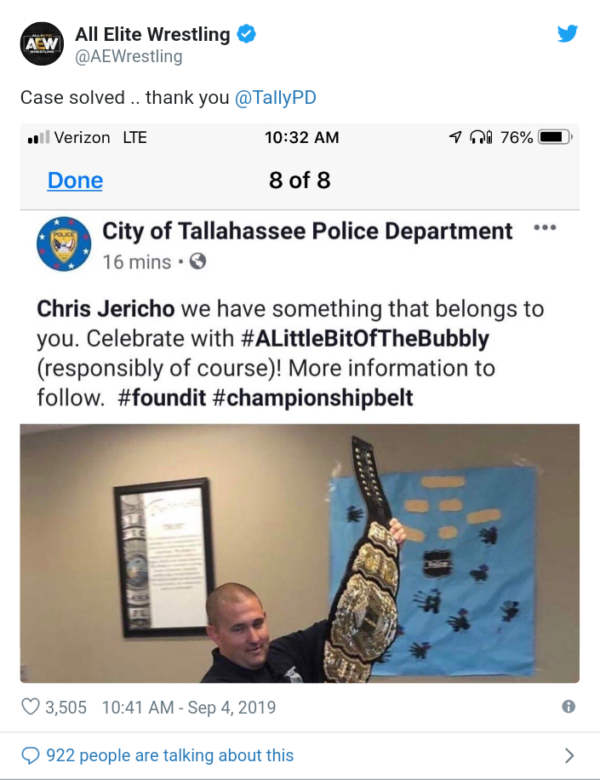 AEW Champion, Chris Jericho, cuts a promo from his palacial estate where he which he credits himself on recovering the newly coveted AEW championship belt after launch a successful “global investigation”. As a result, he is demanding a much-deserved ‘Thank You’ from the AEW fans as well as the roster, officials and the sort! 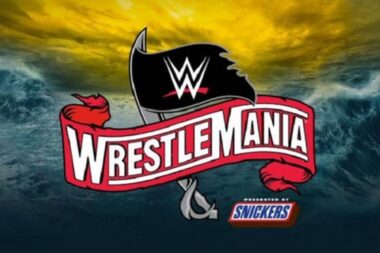