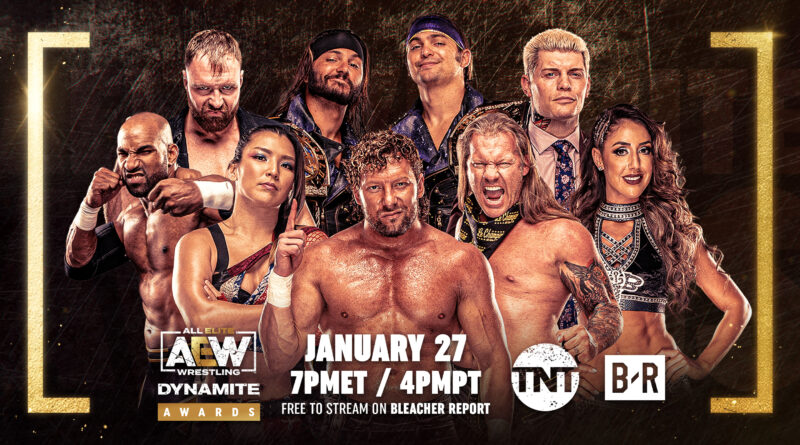 TNT and Bleacher Report announced today the first annual “AEW Dynamite Awards,” a new awards show honoring the top AEW stars and viral moments of the past year. The show will livestream on Wednesday, January 27, at 7 p.m. ET/ 4 p.m. PT, exclusively on the Bleacher Report app.

The B/R app’s AEW stream is home to an active fan base reaching nearly 150,000 subscribers each month. During the “AEW Dynamite Awards,” fans will be able to post and comment in real-time as awards are announced. The event will also be supported and promoted across B/R social channels – the #1 most engaged sports media brand on Twitter, Facebook, and Instagram. The show will also be available on TNT’s YouTube channel and AEW’s social channels following the event.

Best Moment on the Mic:

Hardest Moment to Clean Up After: