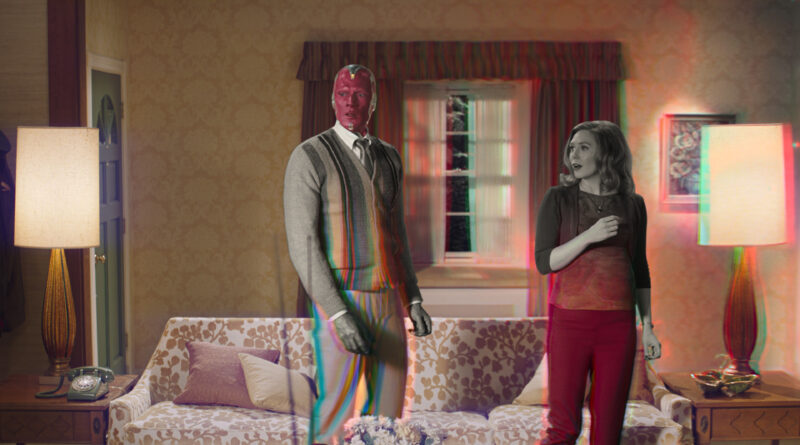 WandaVision: The Comics That Inspired The New Series and You Need To Read

WandaVision has finally debuted on Disney+ officially launching Phase 4 and the next five years of Marvel Cinematic Universe content. With two episodes now in the books, there’s a lot of easter eggs and comic book references that the average viewer might not be able to recognize at first glance. And while we aren’t diving into that fully in this article (however, we discuss it lightly here in our WandaVision review), we’re just going to simply recommend and inform you about the specific comic book runs that inspired the series, at least the ones officially confirmed by Matt Shakman.

It’s been hinted at for months that WandaVision would be drawing heavy inspiration from one of her biggest comic book storylines, House of M, written by Brian Michael Bendis. Seeing how this comic book story is probably one of the biggest inspirations for the show alongside Tom King’s Visions, we’d figured we’d kickstart you off with this short but epic and historic comic book mini-series.

If you want to dive deeper into the story of House of M, we suggest reading the comic book series that precedes it. Planet X, written by Grant Morrison during his run on the X-Men in 2004. The story features the return of Magneto and the death of Jean Grey and spans a total of five issues.

Following Planet X you would want to go ahead and read Avengers Disassembled which also came out in 2004 and is also written by Brian Michael Bendis and spanning a total of five issues counting the special epilogue. Avengers Disassembled has a long list of tie-in comics which you can check out below but aren’t mandatory reading material to get the full scope of House of M and the storyline that focuses on Wand Maximoff and Vision.

Just for added context, House of M spans out to multiple tie-ins and multiple follow-up miniseries events in Marvel Comics none that we you need to be fully concerned about but if you want to read them all we highly recommend them. For the sake of WandaVision and the sake of this article we will only recommend the main story from Brian Michael Bendis which spans a total of 8 issues.

In House of M, Wanda Maximoff, or as she’s known in the comics, Scarlet Witch suffers a mental and nervous breakdown after suffering the loss of her and Vision’s children. Due to the mental breakdown, Scarlet Witch alters all of reality shaping the universe to her liking. Sound familiar? It’s one of the main plot points of WandaVision albeit without the loss of her children.

Shaping and bending reality has a ripple effect and as we all know, Wanda’s actions in WandaVision will have a ripple effect across the MCU and just like in the House of M storyline, Doctor Strange has to come in and talk Wanda into fixing everything or she risks further cause and effect. See where this is going? During the exchange, we get the infamous line “No More Mutants” in which Scarlet Witch literally wipes half of the mutant population off the face of the universe.

Interestingly enough, we also get the island of Genosha which is ruled by none other than Scarlet Witch’s father Magneto. Quicksilver is also in this story and there’s word that Quicksilver will be appearing in the new series but that has yet to be confirmed. Including Evan Peter’s Quicksilver from Fox’s X-Men film universe.

WandaVision is also partially adapting aspects from Steve Englehart’s The Vision and Scarlet Witch comic book run which ran for a total of 12 issues. In Englehart’s run, Scarlet Witch magically becomes pregnant and delivers two sons, twins. Those twins would later on become Young Avengers Wiccan and Speed but that’s many many years later after Englehart’s run. I digress. In The Vision and Scarlet Witch due to Wanda’s pregnancy, both heroes retire from being part of The Avengers as the series focuses more on family drama rather than the titular heroes focusing on their usual super-heroics much like the series.

In comes Tom King’s highly renowned maxi-series Vision (The Vision) released back in 2015 and spanning a total of 12 issues. Tom King’s Vision takes the synthetic android back to where he was created. Wanting to know what it’s like to be human, Vision creates himself a wife and two teenaged children. Things don’t quite go as pleasant or as beautifully as Vision thought they would be. It’s a tragic story that sheds a new perspective on the rather complex android. We sit bits and pieces of this throughout the MCU but it’s a prominent plot point that’s been promoted in WandaVision and if you’ve seen the first two episodes of the series, the plot points are there.

As you can see WandaVision is picking and pulling from various comic book storylines with these three being the most prominent. While the series isn’t a direct adaptation of their run, this leaves enough room for Marvel and its writer to add elements of their own or give new spins on the current Marvel character canon.

Undoubtedly enough, each run is a rather fun read so we highly recommend checking them out if you so choose. And who knows, in the process, you might stumble into other great comic book storylines you never knew you needed. We hope you find this little makeshift guide useful and make sure to check out WandaVision streaming now exclusively on Disney+.