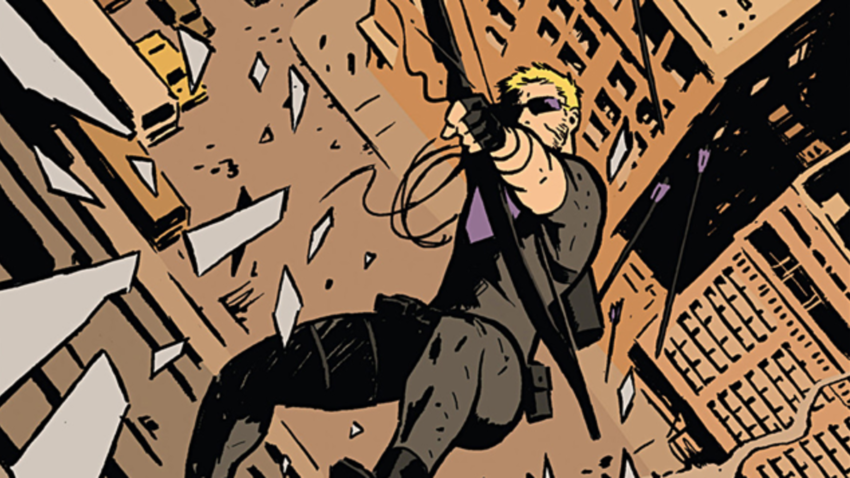 Despite the delay rumblings for the Hawkeye solo series, according to multiple sources, the series is coming along just fine. In addition to that, a new report from MCU Cosmic reveals that Hawkeye’s brother Barney Barton, better known as Trickshot, will be making his MCU debut in the upcoming series. Alongside Trickshot’s introduction, Marvel is reportedly introducing the Tracksuit Mafia in the series as well.

Those familiar with Trickshot, know that he is a member of the Dark Avengers. While a Dark Avengers film has been heavily rumored to be in development for the MCU, no official announcement has been made. On the other hand, every bit of news and rumors that have surfaced as of late have been hinting to the inevitable. The official team up and the debut of the Thunderbolts. If Marvel isn’t going with the Dark Avenger’s just yet, then Trickshot could be joining the ranks of the Thunderbolts once they’re brought into the fold.

As more details regarding the Hawkeye solo series emerge, it is clear that the MCU is looking to adapt Matt Fraction’s Hawkeye run. One of the best Hawkeye comic book runs in recent years.

WARNER BROS. AND HBO MAX ANNONCE 'WARNER MAX' AS THE OFFICIAL FEATURE FILM STUDIO FOR THE STREAMING SERVICE Next post