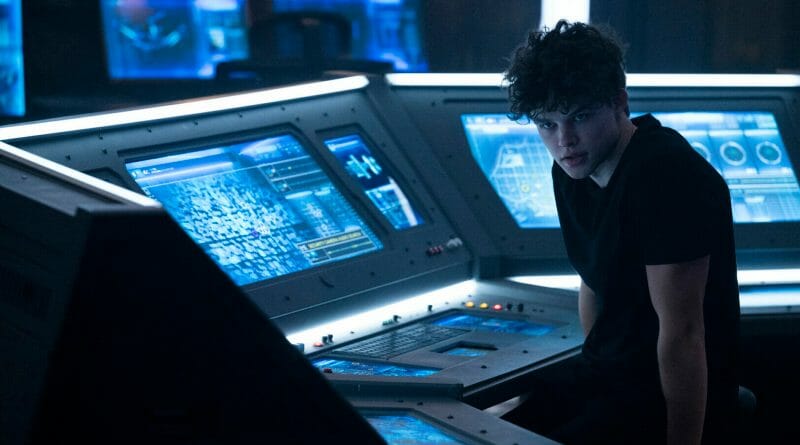 Titans Season 3, Episodes 1-3 Review: A Death in the Family Brings Forth A Much-Needed Strong Start To The Series

Titans Season 3 just premiered this past week on HBO Max and with it comes the first-ever live-action adaptation of “Batman: A Death in the Family” and the live-action introduction of Jason Todd’s Red Hood moniker. Titans as a whole has been struggling to find their footing which is something many fans have been vocal about. Titans Season 2 left a bitter taste in the mouths of fans. Those who have been watching the series since its inception on DC Universe have been hoping for a better start to the season now that Titans Season 3 has premiered.

The premiere episode of Titans introduces us to Savanna Welch’s Barbara Gordon as the new commissioner of the Gotham City Police Department and former Batgirl. As with everyone else in the Bat-Family, Barbara also has her own discourse with Bruce Wayne/Batman and how he handles his sidekicks and ultimately how he handles either their departure from the team or their death. This comes into play with the death of Jason Todd at the hands of the Joker rather immediately. As this episode wastes no time in getting Jason Todd killed and getting straight to him becoming Red Hood.

There’s a bit of a disconnect between Barbara Gordon and Dick Grayson as the pair do have a romantic history with each other. While Barbara does come a bit cold and closed off she still displays her care for Dick Grayson and is trying her best to keep him from harms way and if she’s doing it from a distance. The highlight of this first episode is how they plant the seeds for what’s to come. Not just with Jason Todd and the Bat-Family, but the rest of the Titans as well. Most of the team is still off in San Francisco while Dick Grayson is looking into the death of Jason Todd back in Gotham.

Episode two of Titans really gets the action going as the full Titans team in now in Gotham City. Each member is dealing with the death of Jason Todd in their own way but there is little to no time to grieve as Red Hood goes on the attack and begins to cause chaos in Gotham. While most members of the Titans team don’t do much since the episode focuses heavily on Jason Todd’s chaos, how Dick Grayson handles the chaos and how he handles trying to fill the big shoes left on his lap by the Caped Crusader himself.

In addition, Batman is now gone after breaking into Arkham Asylum to kill The Joker. Barbara Gordon and Dick Grayson also seek help from Dr. Jonathan Crane otherwise known as The Scarecrow and Red Hood’s first encounter with Nightwing results with Dick Grayson learning who is the man under the red hood. Once the team learns about Red Hood’s identity, they try to piece together how Jason Todd is even alive.

As for the other Titans members, Starfire has been having these visions that seem connected to her sister Blackfire and that inevitable reencounter. Beast Boy is missing Raven and is also doing some study on animals in order to learn how to morph into them. Hank and Dawn reunite and try to mend their issues from Titans Season 2 which saw Hank and Dawn separate.

After Dick Grayson confirms that Jason Todd is indeed alive, Red Hood goes on to try and separate the team as he calls out to Hank Hall for help. Hank unfortunately falls for Red Hood’s trap and gets a bomb planted into his heart. The team must now find a way to stop Red Hood from potentially killing Hank Hall. Majority of the episode is spent trying to find a way to safely remove the bomb from Hank’s chest. The major twist in this episode is that Dove was also secretly going to meet with Red Hood in order to stop him from killing Hank.

The clock is literally ticking as Nightwing, Dove, and Red Hood are at a standoff with Super Boy trying to find a safe and effective way to stop the bomb. Just as Super Boy find’s a way to stop the bomb, Red Hood as tricked Dove into pulling the trigger on the gun she is holding, inadvertedly killing Hank Hall herself in the process. Unfortunately for the team, Super Boy was not able to get to Hank fast enough and stop the bomb from going off. This marks the third major death in the Titans team after the death of Aqualad and Donna Troy/Wonder Girl back in Titans Season 2, and the first major kill for Red Hood.

Overall, Titans Season 3 has come out guns blazing and has truly delivered whats arguably the best season premiere of the show’s history thus far. While I have my personal gripes about how early we are getting Red Hood, I am actually impressed with how the character has been portrayed so far. Titans Season 3 also has a vastly improved pacing in its story and overall better writing compared to its previous two seasons. The major and unexpected death of Hank Hall has also cemented the season’s improved writing.

There’s a lot to look forward to in Titans Season 3 and I cannot wait to see how much more chaos Red Hood will incite in this season. I’m also very interested in how and when Tim Drake becomes Robin. I want to see if Dick Grayson eventually does become Batman temporarily as he does in the comics now that Bruce Wayne has stepped away. Will Dick Grayson recruit Tim Drake as the new Robin? Will Super Boy now lead the Titans? One thing’s for sure, this season of Titans looks promising.